Immigrants- Approve it... at Any Cost. WTF? 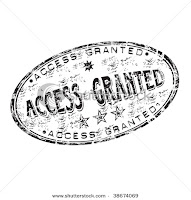 Sen. Charles Grassley sent a letter last week to DHS last week inquiring about reports that career officers at U.S. Citizenship and Immigration Services (USCIS) are being pressured to approve immigration applications regardless of fraud concerns. Some of the incidents Grassley writes about:
During a recent visit to the CSC [California Service Center], Director Mayorkas [of USCIS] became “visibly agitated” when advised that the employees were interested in learning more about fraud detection efforts. Mayorkas asked, “Why would you be focusing on that instead of approvals.”
Following a presentation by Director Mayorkas at a management conference in February, Deputy Chief Counsel Doug Craig said that Mayorkas had directed him to “get to yes.” At the same event, Chief Counsel Roxana Bacon said that Mayorkas says that all the time and that he had said it recently at a town hall meeting.
At a conference in Landsdowne, Virginia, Director Mayorkas said that there are some “managers with black spots on their hearts” who can’t see their way to grant benefits. He said, “I am dealing with some of these managers.”
The Office of Special Counsel is investigating the involuntary transfer of a top official at U.S. Citizenship and Immigration Services who reported suspected “gross negligence and mishandling” of more than 600 certificates of citizenship and naturalization.
Maria Aran, the immigration service’s chief of staff in Miami, had been reassigned as a supervisory adjudications officer in Tampa, Fla., after reporting that hundreds of certificates of citizenship and naturalization had been voided without due cause, were unaccounted for, had not been verified as issued, were issued as duplicates, or were routinely left unsecured.

But who cares about a little gross negligence and mishandling of U.S. citizenship certificates? It’s not like anyone would lie, cheat, or steal to enter or remain in the United States.
At least USCIS chief of staff in Miami became a whistleblower, but has paid a price for it.
I mean come on, who do they think they are, car salesman, or what?


What ever it takes to get the Obama re-elected MAYBE? Votes, Votes, Votes.
I swear, WHERE are the Feds head at,  when it comes to 'Provide for the common defense' of our nation.
No to fraud check, just push them through the systems....

The 'Progressive' movement is at a fever pitch. Their focus is strictly on their ideology...not on the Consitution, not on jobs, not on American Citizens, not on the economy, not on the deficit.

Any American that votes for a liberal/Progressive has voted to destroy America and has voted to surrender their freedoms.

I can't see how anyone, outside the 20% of Americans who call themselves the liberal left in this country would ever vote for this party (Dems) again seeing how they have witnessed the crap that has taken place with the government the last 2-4 years.
And to rubber stamp immigrants is disgusting display of distain for the American citizens.