Dems At It Again 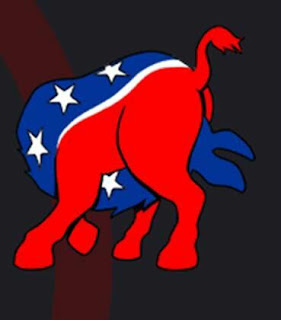 When they fraudulently register someone else to run in their district or state or edit a video and turn it in to something that it truly was not, as in my post a few days ago they are getting desperate.
Now they are at it again.
The Desert Sun is now reporting Democratic congressional candidate Steve Pougnet unleashed an automated phone call (robocall) to voters Friday that attempts to split the conservative vote by touting a third-party candidate. The call hit the same day as voters received a Pougnet mailer that says American Independent candidate Bill Lussenheide makes Republican U.S. Rep. Mary Bono Mack “look like a raging liberal.”
However Bill Lussenheide never spoken to Pougnet and wanted the Democrat's campaign to stop using his name. “I wasn't good enough for them to want to have me in the debate,” Lussenheide said, referring to the televised August debate. “I don't like being used in what they see as a convenient fashion.”
They can't run on their record, so they have to continually run their campaigns as... Low Lifes with their heads up their asses.
Posted by Unknown at 10:24 PM

Should we expect anything other then this from the group that want to kill babies and set criminals free?