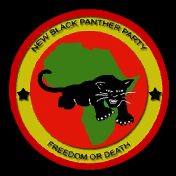 The New Black Panther Party said yesterday it would send its members out to the polls to ensure its interests on Election Day:


”We will not allow some racists and other angry whites, who are upset over an impending Barack Obama presidential victory, to intimidate blacks at the polls,” Muhammad said. “Most certainly, we cannot allow these racist forces to slaughter our babies or commit other acts of violence against the black population, nor our black president.”
Muhammad added, “We must organize to counter and neutralize these threats using all means at our disposal. This is a great time for our people, and we must ensure that peace prevails for our people.”
“We warn you, leave Barack Obama alone and leave our babies alone because black people are a spiritual people and a people who are trying to do right, and we will not hesitate to take up our legal rights of self-defense.”
“We will be at the polls in the cities and counties in many states to ensure that the enemy does not sabotage the black vote, which was won through the blood of the martyrs of our people,” he said.
IF you encounter them at your polling place, inconspicuously record it.
And then call your local authorities, as I will.
Any one that is turned away at my polling place by them because of their intimidating presents will be escorted in by me.
I for one am not afraid of these thugs. And I hope you will not be either!
Posted by Unknown at 9:46 AM

Nor am I afraid Mark. These types do not impress me at all.

I say to all who wish to challenge THEM, vote first then kick the livin' shit outta them after, remember your priorities.

lol what all three of them are showing up?
Perhaps they'll stomp on heads...or not.

Laugh all you will Joe but be damn sure we are serious.

They carry a baton and wear beret?

And, Joe. Be it 1 or 100,000, real intimidation won't be tolerated and a fine example would be in Philly in 08. Thats not going to happen again. If it does, just shows Holder failed at his job and gave them a free pass, which might fuel more brazing intimidation methods this time around. We'll see on Tuesday.

If the NBPP show up with weapons then they should be removed from the premises, as should anyone who carries any weapons, including law abiding gun owners. Weapons automatically convey a threat and should be dealt with.

However you and your side tend to put the miniscule groups in the far left as more than the aberrations that they are. And when you add in the extra attention paid to the aggressive minority groups in that sub group i have to wonder what really is the attraction. Surely the NBPP isn't anywhere near cohesive or capable enough to affect any serious level of voters yet you broadcast it like its the most serious thing.

That kind of attention should be brought equally and without regard for party lines to the much more flagrant and effective tactics used by both major parties. Both parties have crossed the lines with getting candidates on ballots merely to attempt to pull votes away from the other major party. The recent Oakland democrat with the Tea Party and RNC people petitioning for Nader in 2008 in michigan.

These things are unconscionableness and need to stop. That is one reason despite my leftist leanings i am not a member of the Michigan democratic party. I don't wish to become party to these bullshit actions.

CP and when you've knocked them down....STOMP on THEIR HEADS, because God knows the TEA Party types aren't violent.

"Surely the NBPP isn't anywhere near cohesive or capable enough to affect any serious level of voters yet you broadcast it like its the most serious thing."
Joe, we bloggers broadcast this as amateurs because the professionals won't.
Your line of thinking is (as I see it) if one or
two are intimidated it won't have an effect.

Thats not the point being made here. We all have the right to cast a vote without fear.
Their reason for being there is ridicules, as to say 'there are blacks being denied their right to vote, so we will make sure they do get to vote.' the TPP has made it a point to monitor the polls for any illegal activity, which includes intimidation. What happened in Philly in 08 was a major violation of voter intimidation which should have been prosecuted to the fullest extent of the law... IT WASN'T.
So it is our belief when you reward illegal behavior, like Holder did, NBPP will continue their tactics, maybe even more brazen... except we will be there to take note and expose.
I will be there to help anyone, who feels uncomfortable to cast a vote because of any presence of these thugs, inside so they can cast their vote.

Joe why do you stand up for violence from the left but cry like a little bitch when a right winger does the same?

Chris, i oppose the NBPP on this issue and like i said in a previous comment they need to be dealt with if they show up with weapons attempting to disenfranchise voters or harass them.

Chris, i cry in equal proportion to the crying you do. I am only a counter point. The message you spread is often a convoluted and hypocritical one that points only to the left as actors on this stage, when in fact the right is just as guilty. I provide the counterpoint.

I don't read Bruce's or many other left leaning blogs as they are the same as yours, a one-sided argument only meant to bolster ideological blocks that restrict the openness of your mind. The fact that most of your blogs are just repeats of the same old weekly postings of Free Republic and Red State only strengthen my argument.

"i oppose the NBPP on this issue"
But fall short of condemning Holder for not prosecuting….
Double standards are being applied here from the DOJ.

Also, are you telling me that the Free Republic and Red State are posting the same things... I wouldn't know, I rarely read them...