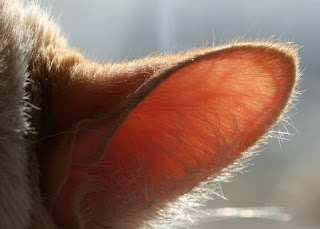 
The Senate on Tuesday morning defeated a proposal from Sen. Tom Coburn (R-Okla.) to ban congressional earmarks.
In a 39-56 vote, members defeated a temporary ban on the appropriations procedure. The moratorium was offered as an amendment to a food-safety bill that is scheduled for a final vote Tuesday morning.
Senate Republicans have already passed a voluntary ban on earmarks in their caucus, but several GOP senators have objected to it. Democrats have so far declined to ban earmarks from their members.
Mitch McConnell (R-Ky.), who supports the ban, alluded to the issue in remarks about the current debate over tax cuts.
"Republicans have heard the voters loud and clear," McConnell said. "They want us to focus on preventing a tax hike on every taxpayer, on reining in Washington spending and on making it easier for employers to start hiring again."
On the Democrat side, Dick 'Turbin' Durbin said this: "I believe I have an important responsibility to the state of Illinois and the people I represent to direct federal dollars into projects critically important for our state and our future,"  And the good folks in Illinois DON'T WANT EARMARKS.
And the list of RINO's who voted against banning earmarks:
Thad, I've been at this to long, Cochran (Miss.)
Susan, I love liberalism, Collins (Maine)
James, I can't make up my mind on whether I am a liberal or conservative, Inhofe (Okla.)
Dick, Flip Flop, Lugar (Ind.)
Lisa, this is my seat, Murkowski (Alaska)
Richard, I was Dem for 30 years, but I think I want to be a Republican, maybe I'll switch back in 2014, Shelby (Ala.)
Retiring Sen. George, I was a shitty mayor of Cleveland, lets see if I can fuck up Washington DC, Voinovich (Ohio)
Sen. Bob, I've been shit can by the electorate, Bennett (Utah)
But it's no surprise to me that these so called Republicans voted against this. You might as well put a big fat socialist D next to their names. They've done nothing but dig us deeper in to debt hell.
Posted by Unknown at 9:28 PM

Email ThisBlogThis!Share to TwitterShare to FacebookShare to Pinterest
Labels: Earmark, GOP, Voted down

Wow, she is the ultra liberal, suck ass of Obama!

Why oh why did she have a change of heart?

Oh yeah, she's up for re-election in 2012 and she saw what happened to the last set of liberals, so she out to save her ass!