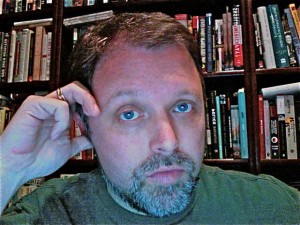 It sounds to me like him and his ilk want to inslave white people as reperations. I've heard it too many times living so close to Detroit Progressive central. That is why our jails and prisons are full of liberals. They take.

Isn't he white, won't he be enslaved? I guess he must 'get off' on being dominated!

He sound more like a typical liberal spewing trash when things go against their POV.

Yet, as we have learned, you have to take this kind of crap serious...I mean look at the last 2 years. Who would have thought our country would be in the socialistic/communistic situation we are in today?

The demographics of the last election(although not yet compltete) do not bear out his little rant. Yes it is about math, he ought to leran some before he spouts off.

It would be easy to pick-off other parts of this 'piece' but believe this vile falls on it's own with no extra help neeeded from me.

This guys underlying tone reminds me of Ted Rall threats. I don't recall anyone, on either side of the political spectrum (in this country of course) to be outright threatening. Also kind of reminds me of radical jihadist, in a sense.
But then Media Matter is trying to go after advertisers on Fox, especially on Becks show, because some guy almost made it to the Tide Corp loaded for bear, but gives this clown a free pass to maybe indirectly enlist some on the left to carry out the same kind of event.