The House is in Order 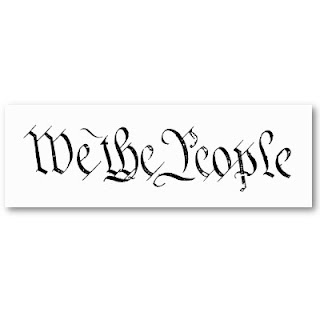 As elections go, it WAS exciting.


Probably the most exciting one I have seen in quite some time.

First congratulation it the Tea Party movement. Their getting behind the likes of Rand Paul and Marco Rubio was a good step in the right direction.
This movement is long from being over, so get use to it being around.

And congratulation to Ron Johnson for his victory in Wisconsin at taking down Russ Feingold. That’s a big move.

One of my biggest interest was the Illinois US Senate race pitting Mark Kirk against Alexi Giannoulias. That was a squeaker, but Kirk pulls it off to take Obama old US Senate seat. Even though Kirk is not the type I really hope would emerge on the IL GOP ticket, the alternative in the US Senate would be hideous, to say the least.

Toomey in Pennsylvania. That was huge

The Best of the Rest…

Some will say this wasn't a referendum on Obama and that Americans have not embraced Republicans.


Part of that would be true. Embracing Republicans.
They have a lot of fence mending to do, nows their chance.
As I see it, it was a referendum to the following

All on Obama’s watch and carried out by the 111th Congress.
Posted by Unknown at 11:14 AM

Why was Harry Reid surprising? It was obvious the TEA/Republican party nominated the weakest of the three candidates in the primary and she continued to prove that during her campaign. That seat was never in any real danger.

Add in the choices of Linda McMahon, someone with a connection to a business that is on the shady side with its steroid and death issues. Add in the wacky Christine O'Donnell and the Tea Party hurt the GOP's Senate chances, not helped them.

But as far as Linda is concerned, what does those issue have to do with her running on todays issues of jobs, economy, healthcare, etc... nothing. All smoke and mirrors= Uninformed electorate.

O'Donnell and the Tea party didn't hurt the GOP, the GOP hurt themselves by not doubling their efforts in a blue state. They had a hissy when their guy Castles lost… Blue states can be won, look at Mass (with Brown) and IL which just went Red.

Mark,
It shouldn't have been a surprise. I told ya she would lose. Hell, GOP pollsters, activists and campaign types all mentioned she was the weakest candidate and that Harry had a good chance to win his seat again. One only had to watch her campaign get increasingly off the cuff to see she was vulnerable.

As for McMahon, the scandals of a company she ran does play into politics and a informed electorate. I'm sorry but running a business that has high death rates, domestic violence, drug use and lots of issues with steroids in your past is an important indicator about someone. Then you read about the lack of good long term treatment for its workers.

It gives a very real image of a company that uses its workers like a commodity, instead of a person. When they are no longer useful, they are thrown away like scrap. With broken bodies, broken families and no support structure. Now you want to put that person in a position where she has a vote on VA matters? Do you think vets who already believe the US government under all Presidents have done the same thing to its soldiers finds that attractive in a senate candidate?

You will find that like Gun owners and pro-lifers, vets can be a one issue voters, the best candidate for vets.

thats only one instance though...

You told me she would lose?
Never saw that one. But lucky guess… Or was it something else, inside knowledge maybe?

Her campaign was really one of the best. And (as stated) the polls reflected her favoritism with voters, so I am not sure what GOP pollsters you’re talking about.

McMahon:
“running a business that has high death rates, domestic violence, drug use and lots of issues with steroids in your past is an important indicator about someone”
These are personal problems Joe, not company problems

The death rate and causes over the last 10 years with WWE performers:
Junk Yard Dog: fell asleep at the wheel of his car- His fault
Rick Rude: accidental drug overdose- His Fault
Owen Heart: the harness he was wearing during a performance released early causing him to fall 78 feet to his death -Production company fault, with ultimate liability of the company.
Gorilla Monsoon: from heart failure brought on by complications with diabetes- His (bodies) fault
Yokozuna: died from fluid in his lungs- His Fault
Davey Boy Smith: from a heart attack- His Fault
Mr. Perfect: cocaine overdose- His Fault
Miss Elizabeth: drug overdose- Her Fault
Freddie Blassie: heart failure- His Fault
Doom Hawk: heart attack.- His Fault
Crash Holly: Choking- His Fault
Jack Tunney: heart attack.- His Fault
There is more, and all the rest of the death were not a work related death.
These death and drugs are PERSONAL problems that some are habitual, Joe. Not company caused death.
When they are no longer useful they are thrown away like scrap???
Like a football player who can’t perform anymore and it’s time to retire?
They are paid very well, Joe, but being the socialist that you are, you expect a company to take care of them forever… So, with that said, this has NO bearing on whether she can represent her constituents.

“vets can be a one issue voters, the best candidate for vets.”
Like her opponent who lie about his service???