One Day Later, the Agenda Continues 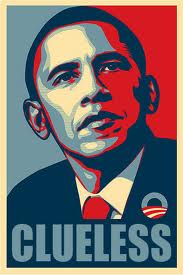 Obama, again, ignores the American people and will try and dodge Congress on Cap & Trade.
What a ignorant buffoon!!!
What are your thoughts to stop the Dictator on Cap & Tax?

President Obama told reporters yesterday that he will likely go around Congress to fight “global warming.” Democrats will punish US manufacturing and energy companies with their plans to cut down on carbon emissions.
The AP reported:

Environmental groups and industry seem headed for another battle over regulation of greenhouse gases, as President Barack Obama said he will look for ways to control global warming pollution other than Congress placing a ceiling on it.
“Cap-and-trade was just one way of skinning the cat; it was not the only way,” Obama said at a news conference Wednesday, a day after Democrats lost control of the House. “I’m going to be looking for other means to address this problem.”
Legislation putting a limit on heat-trapping greenhouse gases and then allowing companies to buy and sell pollution permits under that ceiling narrowly passed the House in 2009 as a centerpiece of Obama’s domestic agenda, but it stalled in the Senate.
Republicans dubbed the bill “cap-and-tax” because it would raise energy prices. They then used it as a club in the midterm elections against Democrats who voted for it. Thirty of the bill’s supporters were among some 50 House Democrats whom voters turned out of office Tuesday.
“It’s doubtful that you could get the votes to pass that through the House this year or next year or the year after,”Obama said Wednesday.
The new battle over global warming in Congress will target the Environmental Protection Agency, which is poised to regulate greenhouse gases for the first time, after the Supreme Court ruled in 2007 that it could treat heat-trapping gases as pollutants.
John Engler, a former Michigan governor who leads the National Association of Manufacturers, said he expects a Republican-controlled House to take a “fresh look that will get at a lot of questions” dealing with the EPA’s role in regulating greenhouse gas emissions.
Environmentalists, meanwhile, urged Obama to hold his ground.
“While there will be attacks on (EPA’s) authority, it is important that there not be any surrender on EPA’s ability to do the job,” said Trip Van Noppen, president of Earthjustice.

The more the left do the more conservative the American people become. I'd love to see the Democrats try and tax the crap out of us and try and blame it on the Republicans again. People are becoming immuned to their retoric.

Well Christopher, maybe purple, as Kirk is one of those RINO's, but better than the alternative.
But as far as the House goes, it’s almost an entire state of Red, with exception to Chi and some lonely southern district.

And yes Chris, I use to be one of those RINO's I just mentioned, but as the Dems went further left, the more they pushed me right.
My solution (IMHO) to counter O'Dictator, is Congress to defund the EPA by 10% for every step they take to regulate the private sector be on current law.
That will pump the breaks of O'EPA over stepping.