Two days after the 4th, O drops the hammer. 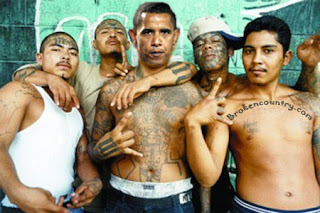 On July 2, this was posted on the Whitehouse website.


"Today we celebrate the 234th anniversary of the signing of the Declaration of Independence and the beginning of a great experiment, American democracy (it's not a Democracy, fool).  In every corner of our country, we recall the valor and vision of patriots from Thirteen Colonies who declared independence from a powerful empire and gave birth to a new Nation.. For those gallant first Americans, such a Nation as ours may have seemed like an unattainable dream.  Their concept was revolutionary:  a government of, by, and for the people.  Yet, our Founders' tenacity, resolve, and courage in the face of seemingly impossible odds became the bedrock of our country."

An now Arizona, one of our own, is facing it's own 'seemingly impossible odds'... Illegal Immigrants.
Then the O'hammer falls:

The lawsuit filed in federal court in Phoenix sets the stage for a high-stakes legal clash over states rights at a time when politicians across the country have indicated they want to follow Arizona's lead on the toughest-in-the-nation immigration law.
The legal action represents a thorough denunciation by the government of Arizona's action, declaring that the law will "cause the detention and harassment of authorized visitors, immigrants and citizens who do not have or carry identification documents" while altogether ignoring "humanitarian concerns" and harming diplomatic relations.
Supporters of the law say the suit was an unnecessary action by the federal government after years of neglecting problems at the border. Republican Gov. Jan Brewer called the lawsuit "a terribly bad decision" and defended the law as "reasonable and constitutional"
Arizona passed the law after years of frustration over problems associated with illegal immigration, including drug trafficking, kidnappings and murders. The state is the biggest gateway into the U.S. for illegal immigrants, and is home to an estimated 460,000 illegal
The law requires officers, while enforcing other laws, to question a person's immigration status if there's a reasonable suspicion that they are in the country illegally. The law also makes it a state crime for legal immigrants to not carry their immigration documents and bans day laborers and people who seek their services from blocking traffic on streets.
Other states have said they want to take similar action - a scenario the government cited as a reason for bringing the lawsuit.
"The Constitution and the federal immigration laws do not permit the development of a patchwork of state and local immigration policies throughout the country," the suit says.

Now according to the suit that was filed "cause the detention and harassment of authorized visitors, immigrants and citizens who do not have or carry identification documents"
But on Jan. 30, 2008 a new rule took effect that requires documents to prove identity and citizenship in to the US.
Also Mexican nationals and people living in the United States under permanent resident-alien status, must also show documentation. AND, according to the Dept of Homeland Security Administration, all Mexican citizen  while in the US must chooses to use and carry the BCC as a B1/B2 (Business or Pleasure) visa. All others must carry a passport and Form I-94 or Form I-94W
Other states want Arizona's law on their books. Seems to me that the Administration is at war with the states.
Posted by Unknown at 7:15 PM