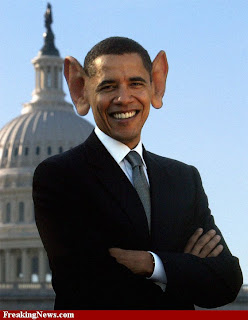 Your refusal to secure the boarder shows two things, MR PRESIDENT.
Political pandering to fire up hispanics for the November election and blaming everyone else, except the Democrat majority in congress and the administration, for NOT resolving this issue.
Does he not see how dumb his remarks are?

And Odumbo goes on to say "Unfortunately, reform has been held hostage to political posturing and special-interest wrangling,"
Can we say November election (polotical posturing) and reaching out to hispanics(special-interest wrangling)?
"Now, under the pressures of partisanship and election-year politics, many of the 11 Republican senators who voted for reform in the past have now backed away from their previous support."
But what a hypocrat, as the liberal LA Times calls his speech 'it was an innately political speech, aimed via television at a Latino and Democratic audience vital to the Democratic strategy in this fall's elections. During a White House meeting with Latino activists this week, Obama blamed Republicans for the presence of 11 million illegal immigrants in the U.S'

It ceases to amaze me that somehow we need reform. WE DON'T!
The laws on the books will work if two steps are taken.
Streamline the buracracy and ENFORCE THE LAW... AFTER you secure the boarder.
What the left wants is to make all illegal imigrents in this country citizens, NOW.
All for politics! All for VOTES!
What about ALL the millions who are going through the legel process to become citizens... AND ARE STILL WAITING?
All illegals... go to the back of the line. All legal pationers step up to the front.
THAT is the fair way. The ONLY way.
Posted by Unknown at 8:03 PM