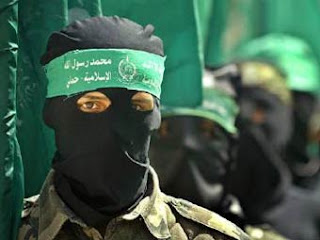 OBAMA WHITE HOUSE SIDES WITH HAMAS!
The Obama White House is now siding with Hamas over Israel. Despite the documented ambush on the Israeli soldiers this week by radical Islamists in the Mediterranean, the White House is pressuring Israel to end its blockade of Gaza essentially undermining Israel’s last wall of defense against the Islamic killers and their supply line.
President Obama refused to side with Israel after the attack and told Prime Minister Netanyahu to go back to Israel out of concern that the Israeli Prime Minister would use the White House as his backdrop while discussing the flotilla ambush.
Reuters reported:


The White House said on Friday Israel’s blockade of the Gaza Strip was unsustainable and urged a Gaza aid vessel sent by pro-Palestinian activists to divert to an Israeli port to reduce the risk of violence.
“We are working urgently with Israel, the Palestinian Authority, and other international partners to develop new procedures for delivering more goods and assistance to Gaza,” said Mike Hammer, spokesman for the White House National Security Council.
“The current arrangements are unsustainable and must be changed. For now, we call on all parties to join us in encouraging responsible decisions by all sides to avoid any unnecessary confrontations,” Hammer said in a statement.
Israel was preparing to intercept the Irish-owned ship the Rachel Corrie, bound for Gaza with aid and activists, after its naval operation on Monday in which nine Turkish activists were killed on another ship when it was boarded by Israeli forces.

The White House is asking Hamas to act “responsibly”? Since when has Hamas acted responsibly?
As Charles Krauthammer wrote this week:


Without forward or active defense, Israel is left with but the most passive and benign of all defenses — a blockade to simply prevent enemy rearmament. Yet, as we speak, this too is headed for international de-legitimation. Even the United States is now moving toward having it abolished.
But, if none of these is permissible, what’s left?

THIS IS ABSOLUTE PROOF OBAMA WANTS THE JEWISH STATE DEFENSELESS!
There can be no other explanation.
Posted by Unknown at 9:16 PM

There has never been a doubt in my mind whom a guy named Hussein would stand with without a word being uttered.

All one had or has to do is look at his friends and associates, all anti-semites, all of them.

You speak the truth, Christopher. And once again, the President is at odds with most Americans.
Each and everyday I see this clown being a 1 term President and his the end of his term can't get here soon enough.

If this guy isn't Muslim.

Thanks David!
I finally figured out a way to comment.
Here is something to add to my previous comment:

After all of the soil that the United States 'had to give back for winning it in a war': Then all we would be left with is a small country with no coast line.. which is what the Palestinians are trying to do to Israel. There was no such thing as a country called Palestine 100 years ago. Israel was a country for a long time before that... and we have ignorant people telling the Jews to leave it and leave it to Palestine? What a way to prove prophecy.

Dave, your last sentence... He shouldn't be. He is not even an American. Did you happen to catch this post?
http://ap-dp.blogspot.com/2010/04/kenyan-parliament-claims-obama-born-in.html

Obama doesnt expect to gain it back in taxes.. his agenda is to break america... in order to set up a one world government with a new world order.. the world has to have all countries at the same basic economic level... it would cost too much and the world does not have the resources to bring everyone up to the american economy.. so Obama is planning a Post-America where America is at the same economical level as the rest of the world on average.. well at least he is getting the ball rolling hard in that direction.. whether he is around to see it finish or not... that is the direction it is headed... and he will spend us into the ground.. where we cannot ever get up or recover... the next one will be worse.. or Obama will become worse.. thats the next step to the one world government that is ensuing.

A Post-American world economy is what i was trying to say..

Josh, how are you about a Constitutional Amendment barring all Communist/Socialist/fascist - Oligarchist from ever hold public office again in this country?