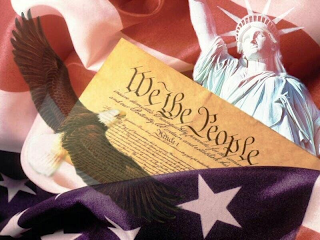 The Supreme Court ruled for the first time Monday that the Second Amendment provides all Americans a fundamental right to bear arms, a long-sought victory for gun rights advocates who have chafed at federal, state and local efforts to restrict gun ownership.


The court was considering a restrictive handgun law in Chicago and one of its suburbs that was similar to the District law that it ruled against in 2008. The 5 to 4 decision does not strike any other gun control measures currently in place, but it provides a legal basis for challenges across the country where gun owners think that government has been too restrictive.

“It is clear that the Framers . . . counted the right to keep and bear arms among those fundamental rights necessary to our system of ordered liberty,” Justice Samuel A. Alito Jr. wrote for the conservatives on the court.
It was a 5-4 decision with Justice Sam Alito penning the majority decision and Justice Antonin Scalia writing a scathing concurrence and kiss-off to retiring Justice Anthony Stevens. Ed Morrissey runs down the ruling here.
Posted by Unknown at 1:29 PM

This is great news for the constitution and for self protection. I'm sure the left hate this.

Well some lefties are using it to get re-elected, check out these quotes.
Reid essentially agreed, calling the right to bear arms “one of the essential freedoms on which our country was founded.”
quick with praise were Democratic Reps. Tom Perriello of Virginia, Ann Kirkpatrick of Arizona and Travis Childers of Mississippi, all facing tough races in November
Also 80 House Democrats and 19 Senate Democrats signed onto an amicus brief opposing the Chicago gun ban.
Now they believe in the Constitution? HA, until they get re-elected.