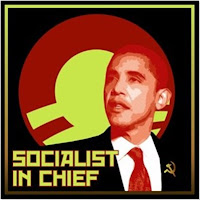 Today marked 1000 days until Obama is gone.
This blogger hopes he doesn't run.
And hope this midterm election will force him to get with the rest of the country and at least get his radical policy abandon and go center, to Americans will. Not likely though.

Today Obama called on "young people, African Americans, Latinos and women" to deliver for Democrats in November.
-Young uninformed people, yes. A majority I know won't make the same mistake twice.
-African Americans, that's a sure bet for him and the left... But not all.
-Latinos. Well with the un-rest on Arizona over that states immigration law and the rioting going on there, this President will not do ANYTHING to stop it. He wants to show that 'law enforcement' are the bad guys, and as the police haul off Illegals, my bet he will use this to bolster the Latino vote this midterm. Watch and see.
-Women- Don't count on it. The overwhelming majority of people joining the Tea Party movement since his election are woman. They see a repressive, ideologue President.

The only sector he left out...white, middle-age male voters and he left them in his rear-view mirror.

Now here is the most hypocritical comment yet from this socialist "If you help us make sure that first-time voters in 2008 make their voices heard again in November -- then together we will deliver on the promise of change and hope and prosperity for generations to come,"
Same old BS he passed on to the nation in 08, this time America has stopped listening.

There will be NO prosperity for anyone. The people will see more and more money being stripped from their take home pay. Heathcare reform will be one culprit. Cap & Trade will hit you at the pumps and your electric and gas bills. Public transportation will skyrocket. And goods will follow.

White House spokesman Robert Gibbs said "as the November races gear up, the president wanted to speak to his supporters."
Which has gone from a 72% favorable rate to 48% in a little over a year.
With an unemployment rate still at or near 10% and the nation screaming for jobs, he and the Dems are once again not listening.
And in my opinion are toast this coming November.

Did congress listen to 'We the People' leading up to the heathcare bill being passed. Oh HELL no. The American people see him for what he and the DNC are. A cesspool of socialist ideologist, hell bent on changing America to something it was never meant to be.
And guess what... AMERICANS DON'T LIKE IT. And will never forget his first 460 days, and can't wait until his 1000 days are over.

But National Republican Senatorial Committee spokesman Brian Walsh said it best "I think the fundamental problem is that candidate Obama has turned out to be a much different person than President Obama and independent voters across the country are simply not buying what they’re trying to sell, That's because the politics of hope has been replaced by the policies of higher taxes, reckless spending and more government control over Americans' everyday lives. "We certainly expect that he's going to go out on the campaign trail but I would point out that he sought to do the same thing in New Jersey and Virginia and most recently in Massachusetts and in all three elections the Democrats lost even with the president's last minute campaigning."
This is the Obama killing fields. He speaks and the Dems lose.
COME ON NOVEMBER!
Posted by Unknown at 9:19 PM

Can not disagree on anything here but would add a point about "first-time voters" in 2010.

These people will be graduating high school in just about 1 month with NO PROSPECT of employment, period. They will have a voice come November and having a Daughter in that exact position and hearing her freinds we have many more Tea Partiers arriving on the scene this Summer and Fall.

Same here Christopher. Though mine's a little older and being a Independent Dem she says she will stay clear of those with the D. The damages has been done with many of those who supported Obama in 08 and have turned their collective backs on him and his party. I know with their overeaching it will come back to haunt them.