The left out to bring down TEA Party

This from the Free Republic 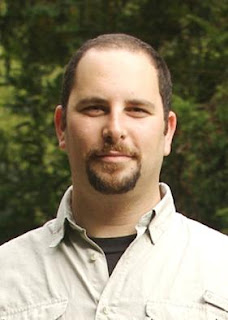 His name is Jason Levin and he has set up a website urging people to infiltrate Tea Parties and act in such a way as to damage their public image. His website is called CrashTheTeaParty.org

While the website's registry has been changed to hide the owner, Freepers were able to track down Mr. Levin and here is what we found:

Luckily, freeper HOYA97 was able to grab the true registry info before it was changed to cover Mr. Levin's tracks.
Registrant ID:CR45137659

So now we learn the website's true owner is Jason Levin of Portland, OR. His attempt to hide his info by using "Ben Franklin" and "Philadelphia" came from his Myspace page (found by freeper correctthought) as Franklin is listed as his hero and Philly was listed as his hometown. His Myspace page uses the screen name "xenex11" which also was listed on the original registry info.
Freeper csd found Mr. Levin's twitter account and his linkein account.(xenex11 used once again) From linkein we learn:
Jason Levin

Freeper willyd found his Intelius page where he links back to his myspace page description of himself as:
"As a black lesbian trapped in the body of a straight white man, I am able to pass as a member of the establishment wile still maintaining my oneness with the spirit of the Earf Muvah. I’m currently being sued by my inner child for molestation...but trust me, the charges are baseless."

I was able to locate Mr. Levin's YELP page where we learn that he "was raised by a Master Chef & worked in restaurants for over 10 years." I was also able to get from "YELP" these pictures of Jason Levin (xenex11):

Others to look out for posing as racists or trouble makers at tea party events: 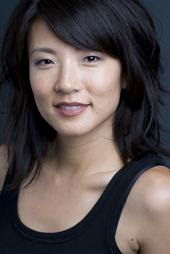 I crashed them at my Tea Party. Don't tell anyone but John was there and got me on video. I put on a tinfoil hat and chanted things like "I want free stuff". Those libs went off on my buddy and I. It was great. I acted like a drunk stupid liberal. I chanted "We are racist". They wenrt off on us when I did that. The Tea Partiers went from getting pissed to laughing at them. That sent them over the edge. But they couldn't do there job of trying to piss off the Tea Partiers. Nothing worse then being laughed at. I was that guy they wish didn't show up. They all left shortly after. hee hee hee. We will try and get it on youtube or my blog. I can't figure out how to put my pictures on the blog.

I mean how STUPID is this? Their plan is to come to the rallies, bring racist and hate filled signs, cause trouble... And they have exposed themselves that they intend to do it, openly. So if the media tries to portray this guys as Tea Party Patriots, the nation will know it is an infiltration of the Crash the Tea Party.org and expose themselves, once again, as the REAL lefties trouble makers.
Fuck'n fool. LMAO!