Do You Remember 1987.....
Do you remember when the senators were giving Ollie North such a bad time? 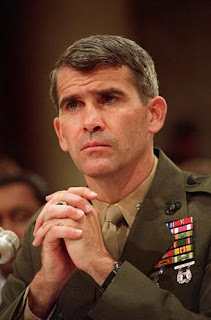 This brings it all into perspective doesn't it?

It was 1987! At a lecture the other day they were playing an old news video of Lt.Col. Oliver North testifying at the Iran-Contra hearings during the Reagan Administration.

There was Ollie in front of God and country getting the third degree, but what he said was stunning!

He was being drilled by a senator; 'Did you not recently spend close to $60,000 for a home security system?'

The senator continued, trying to get a laugh out of the audience, 'Isn't that just a little excessive?'

'No? And why not?' the senator asked.

'Because the lives of my family and I were threatened, sir.'

'Threatened? By whom?' the senator questioned.

'By a terrorist, sir' Ollie answered.

'Terrorist? What terrorist could possibly scare you that much?'

At this point the senator tried to repeat the name, but couldn't pronounce it, which most people back then probably couldn't. A couple of people laughed at the attempt. Then the senator continued. Why are you so afraid of this man?' the senator asked.

'Because, sir, he is the most evil person alive that I know of', Ollie answered.

'And what do you recommend we do about him?' asked the senator.


'Well, sir, if it was up to me, I would recommend that an assassin team be formed to eliminate him and his men from the face of the earth.'
The senator disagreed with this approach, and that was all that was shown of the clip.
By the way, that senator was......... Al Gore! 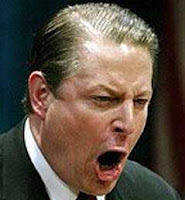 Terrorist pilot Mohammad Atta blew up a bus in Israel in 1986. The Israelis captured, tried and imprisoned him. As part of the Oslo agreement with the Palestinians in 1993, Israel had to agree to
release so-called 'political prisoners..'


However, the Israelis would not release any with blood on their hands, The American President at the time, Bill Clinton, and his Secretary of State, Warren Christopher, 'insisted' that all prisoners be released.
Thus Mohammad Atta was freed and eventually thanked us by flying an airplane into Tower One of the World Trade Center ... This was reported by many of the American TV networks at the time that the terrorists were first identified.
It was censored in the US from all later reports.
If you agree that the American public should be made aware of this fact, pass this on.

In memory of all those who perished that morning; the passengers and the pilots on the United Air and AA flights, the workers in the World Trade Center and the Pentagon,  all the innocent bystanders and first responders.Our prayers go out to the friends and families of the deceased. 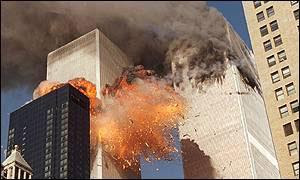