Obama Asks for Quite

Or in other word, SHUT THE HELL UP!
In an interview with Harry Smith on CBS' "Early Show" Friday morning, President Obama called out Glenn Beck and Rush Limbaugh as purveyors of "vitriol" - creating a climate in which he's called a "socialist" and even a "Nazi."
Smith asked "are you aware of the level of enmity that crosses the airwaves and that people have made part of their daily conversation about you." Obama replied, "When you've listened to Rush Limbaugh or Glenn Beck it's pretty apparent." The rancor is "troublesome," he said, but he acknowledged it's also a recurring phenomenon.

Recurring Phenomenon, like the winter & summer solstice?
"Keep in mind that there have been periods in American history where this kind of vitriol <-(new word for Obama) comes out," he said. "It happens often when you've got an economy that is making people more anxious and people are feeling that there's a lot of change that needs to take place. But that's not the vast majority of Americans."
Really, so the American people are NOT anxious about jobs and the economy, the Government taking control of car companies, banks, wall street, HEALTH CARE? Can everyone one say OUT OF TOUCH? This is NOT the change you campaign on, and the American people are waking up to it, fool.
"I'm concerned about a political climate in which the other side is demonized" (can you say Bush) and that "everybody has a responsibility, Democrats or Republicans, to tone down some of this rhetoric.(Like shut the HELL up)" What's different about today, Obama suggested, is the way overheated rhetoric has moved into the mainstream. Hmmmm must have forgotten about the past 8 years, from his side of the fence.
"It used to be that somebody who said something crazy, they might be saying it to their next-door neighbor, or it might be on some, you know, late-night AM station at the very end of the radio dial."


Asked by Smith if the name-calling bothers him, Obama replied that all presidents develop a "pretty thick skin." Still, he added that he hopes that Americans will start to lose their taste for vitriol.
I am sure they have lost their taste in the President & Congress. He has awaken a sleeping giant.
"I do think that there is a tone and tenor that needs to change, where we can disagree without being disagreeable or making wild accusations about the other side. And I think that's what most Americans would like to see, as well."
Again, shall he be reminded of the Bush years? No, unless it has something to do with our current situation in this country, again, the economy and jobs, then he whips out the old 'I inherited this problem' to this day, 436 days later. What a HYPOCRITE!!!! 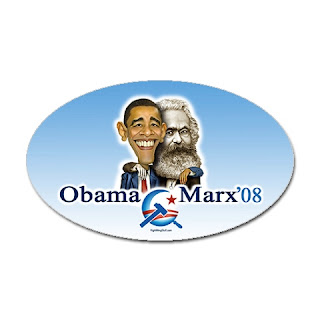 You ARE a Socialist
Posted by Unknown at 4:32 PM