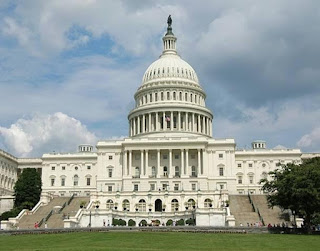 A new Federal rule on Banks takes effect Oct 1 to prevent banks from giving Credit Cards to stay at home moms, and yes dads too.


Stay-at-home parents may no longer be allowed to get their own credit card.
That's because new federal rules that say banks will no longer be able to give credit cards to people who can't prove an individual source of income.
The new rules are meant to keep credit cards out of the hands of people who can't afford it, but they could negatively impact stay-at-home parents, and people who have a spouse in the military. They could also mean that if a couple gets divorced, the stay-at-home parent would have no credit history.
The federal rules don't go into effect until October 1, but banks could start enforcing them at any time.
Heather Szdzepanski is going through a separation and will soon be a single mom to 14-month-old Nolan. She's thinking about establishing credit in her own name but banks may turn her down. “That's scary to me to think that I'm going to be short one week on anything I'm not going to have the ability to go. Oh well maybe if I just got a credit card for groceries or for gas.”

The reason: Szdzepanksi's income comes from her husband and new credit card regulations are blocking banks from giving credit to people who don't have an individual source of income -- people like stay-at-home parents and even some spouses of military personnel serving overseas.

This new rule is a part of changes to the credit card law to protect college students from racking up debt.

News 10NBC talked with moms today at Bounce It Out in Pittsford.

Congresswoman Louise Slaughter is also concerned about the impact. She co-authored the law and says it was intended to protect college students, not unfairly target stay at home parents. “I of all people recall the day when a woman couldn't get a mortgage in her own name, couldn't take out a loan in her own name -- never intended anything l like this.”

Slaughter is working with the Federal Reserve to clarify this law before it takes effect October 1.
OK, I get the law is really to prevent another banking and subsequent meltdown, but don't you think the banks, for the most part have learned their lesson?
Shouldn't this be a banks decision and not the federal Government? Like the story says 'Congresswoman Louise Slaughter says it was intended to protect college students, not unfairly target stay at home parents.' But DUH it does. Just like Obamacare, it was intended to protect those who have preexisting conditions, but Obamacare has lots of unintended consequences. Once again, Federal government overreaching.
Posted by Unknown at 6:58 AM

Our entire feral government is an unintended consequences machine.

The root of the problem is that financial institutions do not suffer the consequences of their irresponsibility.

The federal government should take away all backstops and safety nets from the banking system.

Once bankers knew no one would bail them out, they would stop gambling, engaging in exotic derivatives and writing irresponsible loans to those who can't pay back the money.

I think your last statement is already in the works, there Silver. The banks and Wallstreet F'ed up in the 20'2 and 30's, now again in the 21st century and Government still bails their sorry butts out.
Basically what I am saying here with this post is Government and Banks are hurting mainstream Americans. If your wife doesn't work she can't get a credit card, even though you do work and provide the income.