Obama and the Supreme Court 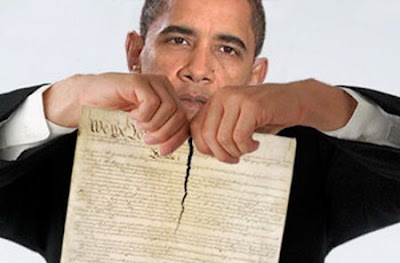 Something to ponder as you go about your Independence Day weekend.
There is a battle being waged between the United States Supreme Court and the Obama Administration over several Obama questionable decisions that are borderline constitutional.


According to sources who watch the inner workings of the federal government, a smackdown of Barack Obama by the U.S. Supreme Court may be inevitable. Ever since Obama assumed the office of President, critics have hammered him on a number of Constitutional issues.

Critics have complained that much, if not all of Obama’s major initiatives run headlong into Constitutional roadblocks on the power of the federal government.

Obama certainly did not help himself in the eyes of the Court when he used the venue of the State of the Union address early in the year to publicly flog the Court over its ruling that the First Amendment grants the right to various organizations to run political ads during the time of an election.

The tongue-lashing clearly did not sit well with the Court, as demonstrated by Justice Sam Alito, who publicly shook his head and stated under his breath, ‘That’s not true,’ when Obama told a flat-out lie concerning the Court’s ruling.

As it has turned out, this was a watershed moment in the relationship between the executive and the judicial branches of the federal government. Obama publicly declared war on the court, even as he blatantly continued to propose legislation that flies in the face of every known Constitutional principle upon which this nation has stood for over 200 years.

Obama has even identified Chief Justice John Roberts as his number one enemy, that is, apart from Fox News and Rush Limbaugh, Beck, Hannity, and so on.

And it is no accident that the one swing-vote on the court, Justice Anthony Kennedy, stated recently that he has no intention of retiring until ‘Obama is gone.’

Apparently, the Court has had enough.

The Roberts Court has signaled, in a very subtle manner, of course, that it intends to address the issues about which Obama critics have been screaming to high heaven.

A ruling against Obama on any one of these important issues could potentially cripple the Administration.

Such a thing would be long overdue.

First, there is ObamaCare, which violates the Constitutional principle barring the federal government from forcing citizens to purchase something.

And no, this is not the same thing as states requiring drivers to purchase car insurance, as some of the intellectually-impaired claim.

The Constitution limits FEDERAL government, not state governments, from such things, and further, not everyone has to drive, and thus, a citizen could opt not to purchase car insurance by simply deciding not to drive a vehicle.

In the ObamaCare world, however, no citizen can ‘opt out.’

Second, sources state that the Roberts court has quietly accepted information concerning discrepancies in Obama’s history that raise serious questions about his eligibility for the office of President.

The charge goes far beyond the birth certificate issue.  This information involves possible fraudulent use of a Social Security number in Connecticut, while Obama was a high school student in Hawaii.

And that is only the tip of the iceberg.

Third, several cases involving possible criminal activity, conflicts of interest, and pay-for-play cronyism could potentially land many Administration officials, if not Obama himself, in hot water with the Court.

Frankly, in the years this writer has observed politics, nothing comes close to comparing with the rampant corruption of this Administration, not even during the Nixon years.

More can be read here of the brewing battle.
(H/T to Chicago Ray)
Posted by Unknown at 9:05 PM

"A ruling against Obama on any one of these important issues could potentially cripple the Administration.

Such a thing would be long overdue."

On some fronts, I am seeing this gaining momentum, but it's a weak momentum at best.