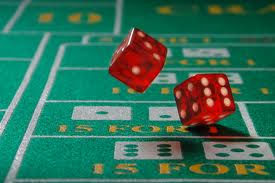 Today the U.S government ended it's investment in Chrysler and sold its shares at a loss of $1.3 billion in taxpayer money, the Treasury Department said Thursday, announcing the end of a controversial investment that stabilized the crashing auto company.


And what happened to the U.S. government's remaining 98,000 shares it held in the auto company?
They sold it's stake to the Italian automaker Fiat SpA for a total dollar package of $560M.


"I am deeply disturbed to learn that the Obama administration left $1.3 billion taxpayer dollars on the table in resolving its bailout of Chrysler. The administration has sold out an American icon to a foreign company using TARP funds underwritten by taxpayers. Now they are essentially give that same company $1.3 billion of taxpayer money. At a time when American taxpayers must make tough choices to repay their mortgages, even on houses worth less than they paid, it is unfathomable that Italian automaker Fiat and its subsidiary Chrysler got away with repaying less than the full amount borrowed from the U.S. government

Treasury provided a total of $12.5 billion to Chrysler and its financing arm after the recession slammed auto sales and sent Chrysler and General Motors to the brink of collapse. The funds came from the government's $700 billion bank bailout fund.
$11.2 billion of the assistance has been repaid according to the Treasury Dept. Chrysler repaid $5.1 billion in loans from the government in May. But the $1.3 billion remaining is unlikely to be recovered, Treasury said.
Tim Massad, assistant secretary for financial stability had this to say.
"This is a major accomplishment and further evidence of the success of the administration's actions to assist the U.S. auto industry, which helped save a million jobs during the worst economic crisis since the Great Depression."
The purchase of the government's stake gives Fiat 52 percent ownership of Chrysler. That's likely to rise to 57 percent before the end of the year.

But that is really NOT "a major accomplishment"
The Treasury Dept. just handed control of a US Business to a foreign company.