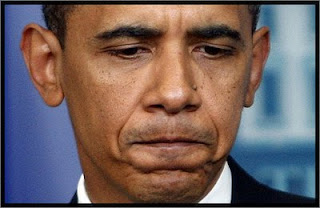 Reported at the World Daily Net.

Texans take their rights seriously.
A bill that has been prefiled for the 2011 state legislative session creates penalties of up to $5,000 in fines and up to five years in jail for anyone guilty of the "felony" of attempting "to enforce an act, order, law, statute, rule or regulation" of Obamacare, the president's plan that effectively nationalizes the health-care decision making process.
The plan by Texas Rep. Leo Berman, R-Tyler, effectively would nullify the federal health care legislation in his state.
At least, that is what the bill that "relates to federal health care legislation" says:

(2) is not recognized by this state;

(3) is specifically rejected by this state; and

(4) is null and void and of no effect in this state.


It explains that the "assumption of power by the federal government in enacting the Patient Protection and Affordable Care Act (H.R. 3590; Pub. L. No. 111-148) as amended by the Health Care and Education Reconciliation Act of 2010 (H.R. 4872; Pub. L. No. 111-152) interferes with the right of the people of this state to regulate health care as they determine is appropriate, and makes a mockery of James Madison's assurance in Federalist Paper Number 45 that the powers delegated to the federal government are 'few and defined' while those that remain in the state governments are 'numerous and indefinite.'"

The rest can be read here.


The States are fighting back.
20 have joined a legal challenge to Obamacare.
1 is going it alone.
And Wisconsin might join the 20 in Florida.
Missourians have passed a proposal similar to Virginia's law.
Got to love Texas determination to jump in the fray!
Posted by Unknown at 5:12 PM

The other 49 should copy and paste that bill while all 50 should be involved in the class-action lawsuit simultaneously!

Go Texas! Too bad my state of Oregon is so blue they actually LIKE BarryCare.

Eventually Christopher, everyone won't have to worry about a class action lawsuit, the whole thing will be struck down as unconstitutional. I do believe that is how this will end up. But in the mean time any bill in any state opposing the law would be a huge push back at Obama.

Innominatus, I know what you're saying. IL is that same color. We might have had a chance if Brady had become Governor.
And GO Texas!!! :)

Mark and Innominatus, all you need is a level headed realist like Missouri's Republican Lt. Governor Kinder.

Our Dem Governor Nixon and Dem Attorney General Koster sat on their ass and through Missouri into the fray of 'do nothing about Obama Care'.

But Kinder has filed suit with private funds. Obama's Justice dept has not responded the suit and let the time pass. But now Kinder has Fed Judges sitting on their ass not doing anything about the 'no response'.

We will see all these suits before the Supreme Court.

So can i ask a question?

Seems that the Texas right wants it both ways.

Many of them say that "nowhere in the constitution is it written the separation of church and State, when in fact it is written within many works of James Madisons which would be analogous to federalist papers.

And my second question is..

If the courts find that the consumer protection clause does allow the federal government to enforce the law, nothing the state does can counteract that can it?

So basically they are wasting tax payer money on futile actions. I'm all for challenging it in court and finding the SC's view of it even if i think the court will narrowly define the the clause and rule that mandates are unconstitutional, but lets not waste any time and effort with bogus and bullshit state laws.

So they would make a mockery of the legislative process with ideologue views and actions while suggesting other are making a mockery. A mockery of a mockery doesn't make a right.

Just wait until all the liberals states start to go bankrupt and the conservatives states have to bail them out. It aint going to be pretty when liberals chicken come home to rest.

Joe, they are basing it on the Constitution, particularly the 10 Amendment. And the reference to Madison, is an underscore to the constitution as to why.

Second nowhere in the constitution does it state that there be a separation of Church and State. Madison points to this in the federalist papers, in order to try and win ratification for the new Constitution. However it was somewhat different then what he really wanted it to be written, so they finalized it to just limiting congress from enacting laws pertaining to establishing a religion (as a nation) and prohibiting congress from enacting laws limiting the free exercise, there-of.

On your second question, consumer protect is fine. What they will discover is that requiring citizens of any state to purchase commodity or be levied a fine is outside the Feds constitution authority because in the statute, it calls this a 'penalty'. Not a 'tax' or 'tax penalty'.

'ideologue' the Dems are guilty of this with the HC law. Instead of just enacting a law that stops the practice of denying, cancelling and helping those who can't afford HC coverage to get it, that would have been great. Both sides agree.
HOWEVER they dragged everyone in the nation under this law and if you read the bill cover to cover you'd discover that it eventually creates a single payer system. Which a majority of American do not want... (henceforth Nov 2nd,one of many reasons) therefore it was ideology driven.

Mark, and Chris how can Conservative states bailout out liberal ones when they are in just as bad of shape???

Texas: $18 billion shortfall (estimated) or about 20 percent of state spending.

ooooh nice deflection chris, but i shot that down too.

Mark, so your basically telling me that i'm right, that they are wasting time and money on something that will be defined by the courts and if the courts don't decide against the mandate the consumer protection clause will make Texas's law null and void.

And since the tenth amendment is so rarely invoked in unconstitutional cases and results in even less overturns its not the wisest theoretical to base a law on.

But of course Joe, even this logic goers right over your head.
It's not being challenged by a consumer protection angle, but on the 10th and Art.1 Sec 8 and until it is decided in the courts, this is an attempt by the states to protect its citizens and its state from an over-reaching Federal Government.
So no, it’s not a waste to protect the citizens, since this administrations and 111th congress has failed miserably at its first and foremost of their responsibility, support and defend the constitution.
And, in case you have not been following along in the last 9 month, the commerce clause has never been tested to this extent.