The Founders Intention on Commerce 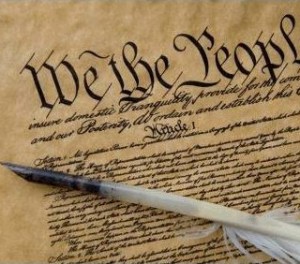 To many it's pretty clear that the purpose of the "interstate commerce clause" was to give the federal government the power to set standards and rules for business transactions in cases where no one State government could be said to have the ability.
At one time, different States had different laws regarding commerce, and buyers and sellers in different States had a difficult time determining which State's laws superseded the other's.
Even the States themselves had huge disagreements over such issues. So, the framers of the Constitution gave the federal government the power to enact laws that would balance the differences between States laws that took place between people in different States. It was supposed that the laws created by the Federal government would be somewhere in between those of the States involved. The framers had no intention of allowing the federal government to make up commerce laws outright! Furthermore, the purpose of the interstate commerce clause (among the several states) was to regulate the terms of the transaction, not the nature of the product itself, nor its price, nor it's requirement to participate in such transaction.
Supreme Court Cases in point:
-Justice Curtis, in Cooley v Board of Wardens (1851) outlines the case for recognizing, as a constitutional matter, zones of exclusive federal authority over commerce and other zones of concurrent state and federal authority.  Cooley, upholding a Pennsylvania law requiring that vessels entering Philadelphia harbor use of local pilots, applies a balancing test to judge the validity of the regulation.
-Baldwin v G. A. F. Seelig (1935) invalidated a New York law prohibiting the sale in the state of milk bought outside of New York.  New York argued the law was necessary to avoid price competition that would drive dairies into producing less wholesome milk.  The Court, more realistically, saw the law as protectionist.  Justice Cardozo wrote that when "a state tries to isolate itself economically, it must show an important interest for doing so and that it had no less discriminatory mean open for accomplishing its goal."
-In Philadelphia v New Jersey (1976), the Court struck down a New Jersey law that prohibited the importation of garbage into the state.  Concluding that garbage was "commerce," the Court viewed the law--despite its environmental justification--as unconstitutional discrimination against out-of-state commerce.  The Court held that as long as reasonable, non-discriminatory alternatives exist that serve the states legitimate interests, they must be used instead of a discriminatory ban.
-In Hughes v Oklahoma (1979), the Court invalidated an Oklahoma law prohibiting the interstate transportation of minnows taken from Oklahoma waters.  The Court rejected Oklahoma's law that states "own" wildlife and therefore wildlife is not "an article of commerce."  The law could be upheld only if the state could show it served a significant local interest that could not be furthered by a non-discriminatory law--this Oklahoma could not show.
-In Hunt v Washington State Apple Ass'n (1977), the Court determined that a North Carolina law that allowed only one grade (the U. S. Dep't of Agriculture's grade) to be placed on containers of apples sold in the state.  Washington's State Apple Ass'n contended that the law discriminated against Washington apples which are shipped in containers that include its own tougher state grades.
These are just a few cases in which two different entities, two different points of a single commerce interacted against each other and the Federal Government stepped in and came up with an understanding to help "regulate Commerce... among the several States".
But with these cases, there is one thing in common. None of them gave Congress the power to regulate commerce to the point of imposing damages for NOT participating in interstate commerce of ANY kind.
And with that, I foresee Obamacare will be struck down by the Supreme Court.
Is it time for an Enumerated Powers Act?
I think so!
Posted by Unknown at 7:15 AM

The basic funtion of the federal government was meant to be limited and not to be as far receaching as they have become.

Once Obama Care has been dealt with, I'd like to see a large scale draw back on many issues the feds get involved with.

Thanks AP. Thats the reason why I feel we need an enumerated powers act and implemented on every bill explaining to the American people how congress feels that a law introduced in to congress is with in the government right to do so. Tying that to every law would make swift action by the courts to uphold or strike down a law.

Thanks, Chris. I appreciate it. But it's easy when I have followers in who inspire me. :)

While i think your creating a really serious argument for states rights, i don't fore see any real attempt to draw back from Federal government overreach anytime soon.

The Republican party and its wholly owned subsidiary the Tea baggers will continue to make a mockery out of the constitution and state rights with their continuous big government plans for social issues.

Second, I am not only making a point for states right, but individual rights as well, just by showing what the true intentions of the founders meant on the commerce clause.

If it wasn't for the Conservatives and the Tea Party America would be on a runaway train heading for the Socialist cliff.

Only the far left ideologs would care to plunge over this cliff!

Mark the far right and the Christian right have always been for a bigger government according to their religious beliefs. They want to legislate morality and increase the social restrictions on private individuals lives. I can give you many instances of bigger government that they would like.

1. Prayer in school. By creating laws designed to increase the governments involvement in what goes on within schooling you are increasing government. Rules have to be made and lawsuits will result and oversight will need happen. bigger government. Easier to say no and leave it. Alot less work on our legal and legislative branches.

2. The marriagge protection act. Big government at its finest. Trying to establish an amendment that restricts the "pursuit of happiness" for a minority of people. And in case your willing to use the "Nature" defense, which many rightwingers do, nothing is natural about partially hydrogenated oil, and right wingers talk about "The Nanny State" when libs want to ban them.

The difference being a gay man or woman believes she is gay and the oil doesn't think it should be hydrogenated. It doesn't think at all. No thats a loose comparison but you get the picture i think.