US would make Internet wiretaps easier 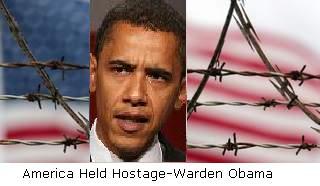 
WASHINGTON – Broad new regulations being drafted by the Obama administration would make it easier for law enforcement and national security officials to eavesdrop on Internet and e-mail communications like social networking Web sites and BlackBerries, The New York Times reported Monday.
The newspaper said the White House plans to submit a bill next year that would require all online services that enable communications to be technically equipped to comply with a wiretap order. That would include providers of encrypted e-mail, such as BlackBerry, networking sites like Facebook and direct communication services like Skype.
Federal law enforcement and national security officials say new the regulations are needed because terrorists and criminals are increasingly giving up their phones to communicate online.
"We're talking about lawfully authorized intercepts," said FBI lawyer Valerie E. Caproni. "We're not talking about expanding authority. We're talking about preserving our ability to execute our existing authority in order to protect the public safety and national security."
The White House plans to submit the proposed legislation to Congress next year.
The new regulations would raise new questions about protecting people's privacy while balancing national security concerns.
James Dempsey, the vice president of the Center for Democracy and Technology, an Internet policy group, said the new regulations would have "huge implications."
"They basically want to turn back the clock and make Internet services function the way that the telephone system used to function," he told the Times.
The Times said the Obama proposal would likely include several requires:
_Any service that provides encrypted messages must be capable of unscrambling them.
_Any foreign communications providers that do business in the U.S. would have to have an office in the United States that's capable of providing intercepts.
_Software developers of peer-to-peer communications services would be required to redesign their products to allow interception.
The Times said that some privacy and technology advocates say the regulations would create weaknesses in the technology that hackers could more easily exploit.
Posted by Unknown at 7:24 AM

Not surprising coming from a socialist, they will not be looking for terrorists persey but rather what they deem extremeists like you and I.

These libs are so stupid. Don't they realize that Republicans are taking over and will use what they put into place agaist them?

Libs said under Bush they it was an invasion of privacy and they would be checking on everyones grandmother.

Now the kings of hypocrisy want to dig way deep into everyones privacy.

It's the gestapo of DC.

I agree Chris, how do they expect to pass something like that with Reps in control. :)

Funny thing here, Christopher and David is Bush (or should I say the Patriot Act) tapped in to foreign terrorist calls coming in to this country, Obama wants it easier to tap in to Americans email, blog post, facebook comments, etc, etc, etc.
I think (as I am sure you think too) there is a stark contrast to Obama vs Bush frame of mind... enough said. :)