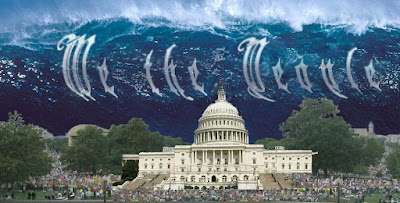 This email below was passed on to me by someone I have known for many, many years.
He was a unionist with in Ford Motors Company and a staunch Democrat.
But as you read you'll see he has seen the light of what the Democrat Party has become, and like many other Dem supporters, he has walked away from this party, as he sees them in a light that he has never seen before. This is just one of many I know who cannot stomach the DNC and it's members....Read on.

"Has America become the land of the special interest and home of the double standard?
Lets see: If we lie to the Congress,  its a felony and if the congress lies to us its just politics; if we dislike a black person, we're racist and if a black dislikes whites, it their 1st Amendment right; the government spends millions to re-habituate criminals and they do almost nothing for the victims; in public schools you can teach that homosexuality is OK, but you better not use the word God in the process; you can kill an unborn child, but its wrong to execute a mass murderer; we don't burn books in America, we now rewrite them; we got rid of the communist and socialist threat by renaming them progressives; we are unable to close our borders with Mexico, but have no problem protecting the 38th parallel in Korea; if you protest against President Obama's policies, you're a terrorist, but if you burned an American flag or George Bush in effigy it was your 1st Amendment right.
You can have pornography on TV and the internet, but you better not put a nativity scene in a public park during Christmas; we have eliminated all criminals in America, they are now called sick people; we can use a human fetus for medical research, but it's wrong to use an animal.
We take money from those who work hard for it and give it to those who don't want to work; we all support the Constitution, but only when it supports our political ideology, we still have freedom of speech, but only if we are being politically correct; parenting has been replaced with Ritalin and video games; the land of opportunity is now the land of hand outs;
And how do we handle a major crisis today? The government appoints a committee to determine who's at fault, then threatens them, passes a law, raises our taxes; tells us the problem is solved so they can get back to their reelection campaign.
What has happened to the land of the FREE and the HOME of the BRAVE?
I AM DONE WITH DEMOCRATS"

May God Bless America and the fight for the freedoms for which our founders gave to us!
Posted by Unknown at 2:21 PM

Democrats decided that America is wrong. They just don't care what we think. They decided they'd rather lose an election than listen to the people.

My hopes, RK is the America will never forget the past 4 years, especially the last 2-ish years, and avoid putting these kinds of people back in control of our nation again.
I can see a November Tsunami from my window! :)

What a true statement in that letter. This country has been turned upside down and is spinning out of control and we must reverse these trends and fast, 44 days cannot come soon enough.

44 more days to send a referendum to the 44th President and that "We the people" are in charge.

I looks like you guys in Illinois could end up with a Republican Senator and Governor!

Silver,
Hallelujah indeed. :) I do remember, years ago this guy telling me he would rather have the Government take care of his needs. My reply was 'I'd rather take care of myself'

I am hoping that at least Brady gets in the governor seat. Would be nice to have Kirk, but I guess a RINO would be better than a corrupted socialist.