Money Grab, for what? 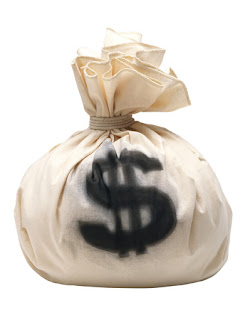 Move On dot Orge is on a big money grab.
While Blue Dogs, Moderates, and Right of Centers pick up their phone, open their email and write and Facebook with the US Congress to stop ObamaCare, Move On is picking the pockets of their supporters.

$-Health care reform is in serious danger in the House of Representatives: with a handful of conservative Democrats wavering, we don't yet have the votes to pass the final bill.

With the big vote happening as early as this Friday, Conservative Democrats need to know the stakes if they choose to side with Big Insurance over the voters on health care reform. Our pledge will send that message loud and clear. We'll publicize the amount pledged, and make sure the media and every wavering representative know about it.
Will you join the Health Care Accountability Pledge right now?

The final health care package being crafted is far from perfect—and we'll keep fighting together for improvements. But in our member vote this week, 83% of us voted to support the President's proposal because it would expand coverage to millions and curb insurance companies' abuses that hurt regular Americans.
But with some House Democrats wavering under pressure from Republicans and Big Insurance, the health care bill is in grave danger.
That's why the Health Care Accountability Pledge—a step we don't take lightly—is critical.

Looks like the fear in their camp is they won't get the votes to get the Socialist agenda passed!

Money and power. Mark are you going to have any TEA Party protests in Ill. this weekend?

At this point Chris there is nothing on the docket for this weekend. They are gearing up for a huge one in downtown Chicago on April 15th, and I am trying to convince the wife to go along. She concerned that the 'java nuts' might show up. I told her "I'll be ready" :))

That will be sweet, taking the TEA Party to President A-hole's "home" town! Have fun! I think I'll be going to the Lansing TEA Party, I believe it's April 10th.

John, if you take a close look at my flickr roll,(upper left side bar) you'll see some of last years Chicago Tea party rally. The one thing they know here is dirt politicians, thats for sure.

I just checked them out, those are great pics. Did you go to all of those?

No, most of those were collected by all the Tea Parties from around the nation of April 15th last year. There is only one pic from the Chicago Tea Party that was downtown on that roll there.