New York City Council Speaker Christine Quinn, sent a letter to New York University president John Sexton on Saturday asking the school to immediately end their contract with the fast food restaurant. The Atlanta-based company's has only one New York City outlet is in the school's food court.

"I write as the Speaker of the NYC Council, and on behalf of my family. NYC is a place where we celebrate diversity. We do not believe in denigrating others. We revel in the diversity of all our citizens and their families

"Let me be clear ‐‐ I do not want establishments in my city that hold such discriminatory views, "We are a city that believes our diversity is our greatest strength and we will fight anything and anyone that runs counter to that. As such I urge you to sever your relationship with the Chick‐fil‐A establishment that exists on your campus,”
This powerful New York politician claims she was just speaking as a private citizen when she tried to run Chick-fil-A out of town, but the letter was sent on her official letterhead AND she writes “as the Speaker of the NYC Council”

City councilman Peter Vallone (D-Queens) said in response to the news about this letter:
“A stance on gay marriage is in no way a forum to prevent someone form running a business in a community. She can write to someone as a council member, but if she states that she is writing as the Speaker it can only be on behalf of the entire council. She has to have the unanimous vote of the council, and I don’t recall voting on this matter,”

So, Quinn, like most progressive Democrats, once again, goes out on a limb and speaks on behalf of the rest of the City council. All because a business owner happens to agree with the biblical definition of Marriage.

And, as I see it, she is not being very “diverse” when someone has their own opinion, As Mr. Cathy does.


I am finding out that there is a lot of BS going around about this subject, too.


“We have bigger problems than chikfilA having a hair up their ass and refuse serving homosexuals”
That’s right folks, that is what has been spread around by the left on this.


None the less, THAT person who made that statement to me has been corrected to what the whole controverse is all about.

Again, in a poor economy and high unemployment, the left attacks business.


BTW, this  is Chick-fil-A appreciation day, and they are doing BIIIIG Business!!! 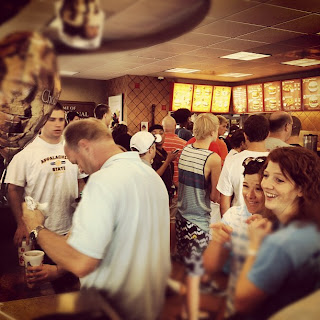 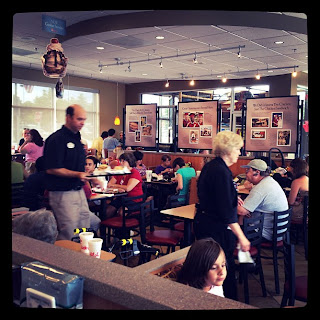 And thanks to Adams Patriot for his contribution below: 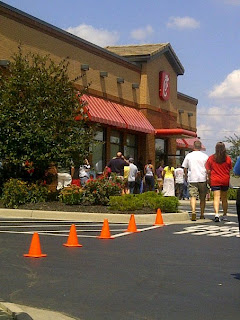 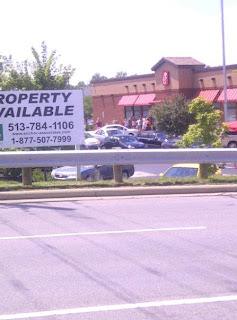 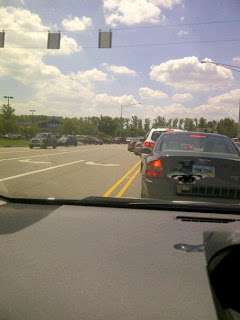 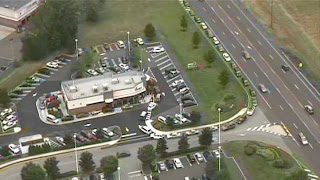 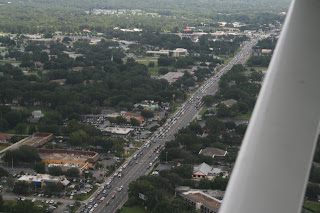 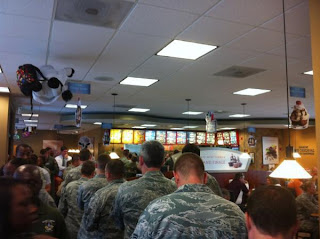 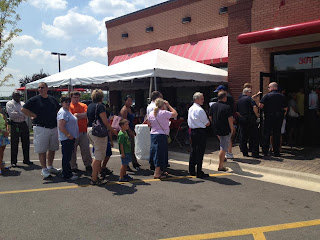 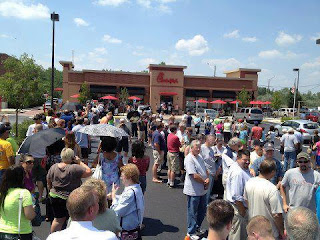 More and More are flooding in!!! 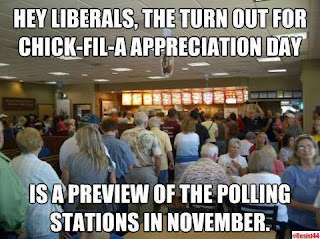 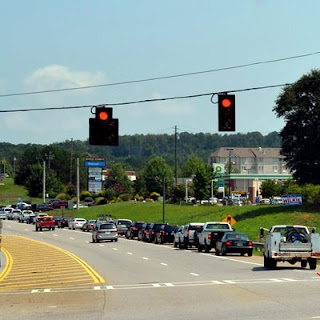 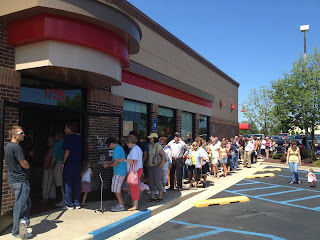 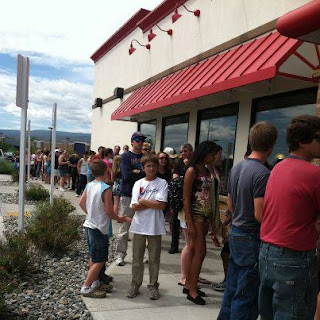 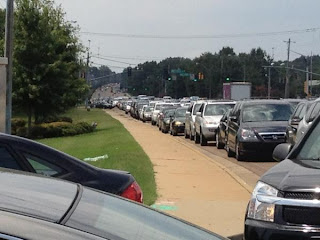 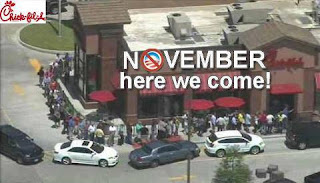 I LOVE IT! I absolutely love it - and it gives me hope for America!

There was NO discrimination on behalf of Chick-Fil-A or it's CEO.

These liberal AHoles just want to BULLY every REAL AMERICAN and decent people into submitting to liberal perversion, what ever form it may come in.

Based on this reaction of Americans to the bullies in this country, can you imagine what is going to happen when these communists try and take our 2nd Amendment Rights?

I have always been proud of America and REAL Americans, today I witnessed our Constitution alive and well and hard at work.

Updated with more photos, from Colorado to Tennessee, and be on.

Now THIS is the "UNITED" States.