Wave and Say Hi to the DHS 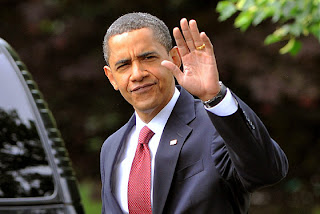 Not sure exactly why, but the Department of Homeland has been operating a "Social Networking/Media Capability" program to monitor the top blogs, forums and social networks online for at least the past 18 months. Based on a privacy compliance review from last November recently obtained by Reuters, the purpose of the project is to "collect information used in providing situational awareness and establishing a common operating picture." Whatever that means. Either way, the list of sites reported by Reuters reveals in a Wednesday afternoon exclusive is pretty intriguing:

Is the DHS just like you? I've seen no reports of Defenders of Prosperity being on the list. (Though I have been getting more hits from Russia the last 2 months...) But if I am, hello Department of Homeland Security employees -- thanks for reading!
Posted by Unknown at 7:05 AM

Back in the old days this was called "government spying on innocent citizens."

Still should be, Silver

Yeah, and now it's spying on the media, (not sure how that works) pros or citizen journalist... oh and their commentators. :)

I used to get hits from DHS, but even they lost interest in my rants lol