Did Iran Shoot Down a US Drone?

Lets look at this claim by Iran for a moment.

The Iranians claim they have shot down a US Stealth Drone and they have it in their possession, and then release photos of the bird.

What I find troubling is this. This bird looks to be in almost pristine condition for being shot down, don't you think?
There isn't nearly a scratch on it! 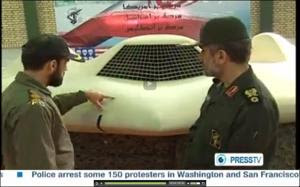 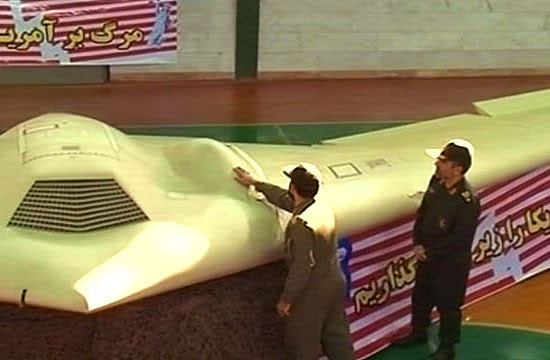 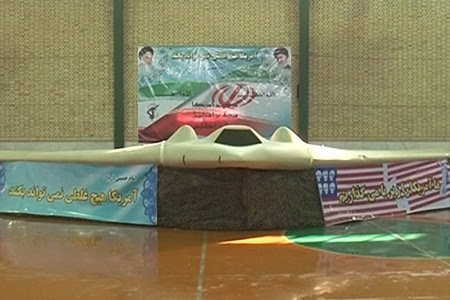 On December 8, a senior U.S. official, speaking on condition of anonymity, told the Washington Post that the U.S. cannot be certain the drone shown was real because the U.S. does not have access to it, but also stated that "We have no indication that it was brought down by hostile fire.
A second senior U.S. military official said that a major question is how the drone could have remained "virtually intact," given the high altitude at which it is thought to have crashed.
Con Underground suggest another possible scenario, stating:

After realizing that the Iranians were about to parade a perfectly functional drone with nary a scratch on it, the official story changed to “the drone landed because it wants to live” I kid you not that is the official story! (Thats laughable)
The immediate and obvious questions were these:
1) Why didn’t we try to recover the drone?
2) In lieu of a rescue effort why didn’t we bomb it into oblivion?
Apparently there was third option and Obama struck that down also.


THE ANSWERS WILL SHOCK  YOU – or maybe not.

Fox News National Security Correspondent Jennifer Griffin reported that apparently the Pentagon  pleaded with Barrack Hussein Obama to give the order to do just that. The Pentagon initially wanted to send a special forces team to recover the drone.  Obama shot down that suggestion. Then the Pentagon offered up plan B , blow it to kingdom come. Obama refused that too and now Iran and China have a brand spanking new fully functional top secret US RQ 170 Sentinel Drone.
The Drone was not recovered or destroyed specifically per Obama’s orders.

A Democrat tradition that needs to come to an abrupt end!!
I am hoping this thing they have was a decoy and not a legit piece of our technology. But based on the Pentagons plea's, it's most likely not a decoy.