OWS Push to Socialism- Could Get Bloody!

The Occupy Wall Street crowd is getting more media attention, day by day. Especially from the national broadcast and cable news networks.

Some have said this is 'youth who are afraid for their future and they're blaming Wall Street for their fears.'
Others say they're 'frustrated with Corporate America' and that it hasn't done enough to get jobs out there.
Or how the 1% need to pay their fair share, blah, blah, blah!
Even going as far as comparing this to the Tea Party movement of anti-bailouts, which there is a small fraction of the signs that have appeared at these never ending rallies.

All good guesses, but the tale is in the signs.
Unionization.
Anti-Capitalism
Anti-Corporations

In other words, Pro Socialism!
Pro-Revolution!


Don't believe me? Take a look at the American Communist Manifesto in Pictures album: 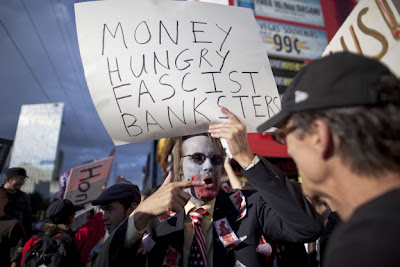 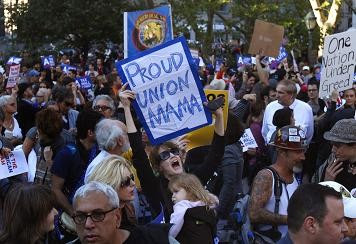 Should you be teaching your kids this? 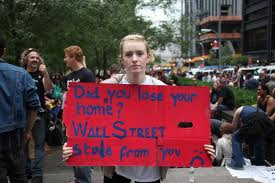 Did you read the fine print of your mortgage paper? 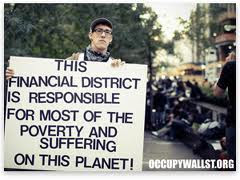 Ever heard of the Community Reinvestment Act?
Read it some time, then you can change that sign. 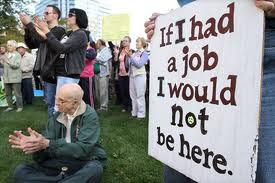 Well you can't find one hanging with these clowns 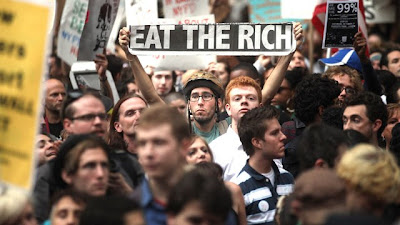 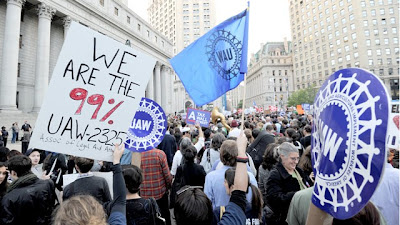 Unions who think that they are the 99%. The rest of us? Forget-about-it 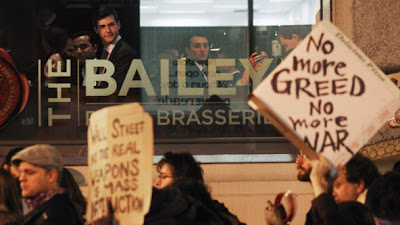 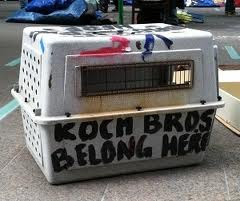 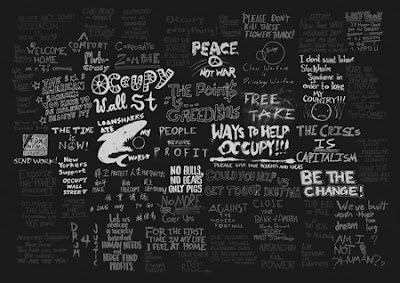 Middle right side- The crisis is Capitalism..... 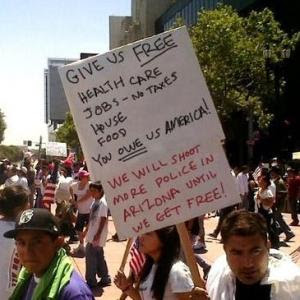 You Owe Us America? We owe you a swift kick in the ass, right on out of here!
And of course the violence they wish to invoke on our law enforcement! 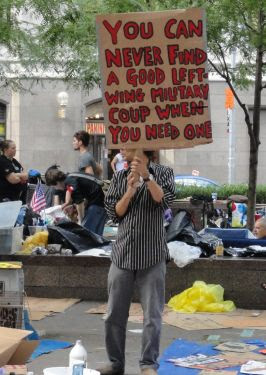 Calling for Coup? Call a maid, look at the trash! 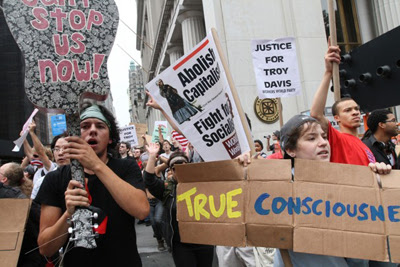 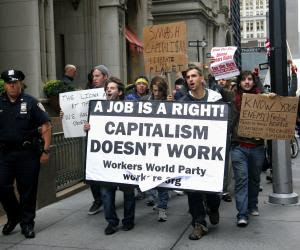 Capitalism doesn't work? You're protesting freely, thanks to Capitalism. 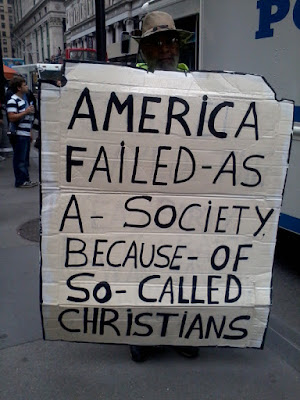 OK, so this is Christ fault now? 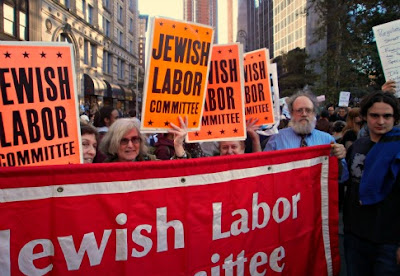 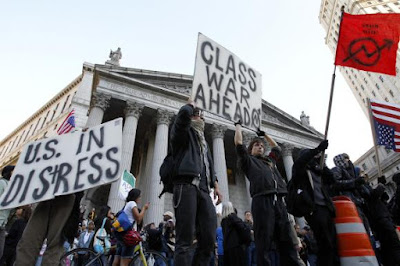 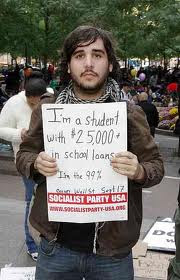 Socialist Party-USA? Young man, you owe more then that. Last count you owe some where in the ball park of $65K plus the loan, thanks to the liberal spending spree the last 3 years in WASHINGTON. 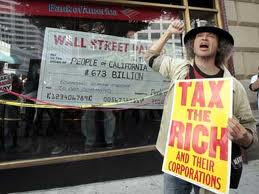 HMMMM, he must have just shown up on the planet, they both have been taxed. 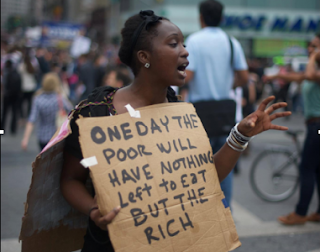 Cannibalism must be contagious down there!
And some in LA are calling for 'bloody' 'revolution'!
Still don't buy it, watch!
NEED I SAY MORE?
YES I DO!
IS YOUR POWDER DRY TO DEFEND YOU AND YOUR FAMILY?
Posted by Unknown at 7:14 PM

Frightening the ignorance government education has perpetuated for the last two generations - and this is the result - these pathetic excuses for humanity give 'entitlement' a whole new meaning. Someone should tell them..... it's the conservatives who have the guns

These are some scary pictures. "Eat the rich"? "Give me FREE house,food,education and health care"? They have every right to be pissed off. They have a massive debt that Democrats only want to add to that they will have to pay for. SSI will be gone if we keep doing what we are doing and that is what the Democrats want to do. We are giving them the worse education for the most money and the teachers unions and Democrats are a big part of making worse. Bailouts to big business and banks that the Democratsa want to do more of. The only problem is they must have Stockholm Syndrom to be on the side of those that screwed them the most.

Oh it will get ugly. These are the modern-day brownshirt, the useful idiots being exploited by the puppetmasters.

"the ignorance government education has perpetuated for the last two generations"
Bingo, Firebird. When raising my kids, I had to undo a lot of what public education had pumped in to them about social society.

Chris- I posted this link on Freedom Torch yesterday and was told by someone that they had gone down to the Occupy LA, and talked to a few of them. And passing out copies of the Constitution and CD's about liberty and all. The Occupiers were telling this person that they love the constitution and still want their freedoms but want banks and businesses to be brought under control. My comment back to this person on Freedom Watch was that these young folks, it appears based on what they told her, might be falling in to the trap of Marxism, like Marx/Lenin, Castro, Chavez, and the like had done during their rise to power, promising economic freedom and a better life only to have it all come to a lie.

Silver, got this uneasy feeling that if polls that are taken leading up to election day 2012 are big time against Obama, polling places could become a battle ground for them.