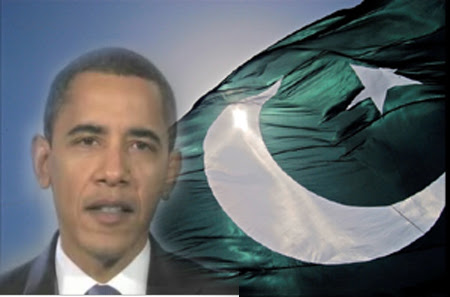 Yesterday, Obama announced a new website called "We the People" to “address a problem, change a policy, or take action on range of issues”


OK maybe I was gone for awhile, out of the country, in a land where I didn't speak, nor understood the language and maybe missed this, but if this is news to you, it is also news to me.


Obama announces a new website for 'we the people' in a email ... In the email, the Whitehouse said this, "President Obama believes that government should be open and accountable to its citizens, and that’s the goal of We the People. This online platform gives Americans a direct line to the White House on the issues and concerns that matter most to them”


However this news of the "We the People" website broke the headlines after an online news operation got that direct email from the Whitehouse, and was sent to.... (ready for this) the Pakistan Observer
Go figure!
Something for the American people to redress grievances with our government and Obama decides he rather tell the Pakistan "People" first.
Posted by Unknown at 5:57 AM

Once (and if) the right take back the government, the fight won't stop. I am afraid that there could very well be civil unrest. As Jefferson once said "The tree of liberty must be refreshed from time to time with the blood of patriots and tyrants."
Obama could care less for the American people here. What is disturbing is he thought of Pakistan first to announce this "website".

I never thought of what Chris just said, but sadly, I think he's nailed it...

Mark,,I did hear about this but understood it to go out in a DNC email to those already subscribing and also heard it is on the WH website along with another but different link.

@ Silver,,Really? You never thought about that?

It is already starting with the daily polls being broadcast about 'The One' tanking in the polls. Along with that we have conservative-leaning governors and State legislatures slashing spending and liberal handouts otherwise known as "entitlements".

The 'goody bag' has a tear in the bottom now, if one wishes to rip the entire bottom out,,get ready to rumble.

dang - this is NOT on topic! Saw your comment on Bonsai's (Chris)page and came and read your profile - I'm also a descendant of Stephen Hopkins on my paternal grandfather's side! He was something, wasn't he! Hello cousin!

Silver, they are already starting to blame the Tea Party and the Republican House for everything that is wrong now.

@Firebird, I have seen your comments around and you and all right of center folks are welcome to go off topic. Pretty much the warning was directed at JoeC who likes to change topics like most liberals do. You know like when the topic is Obama, and the liberal try to change it about Bush. :)
Holy hell, cousins, who would've ever thought! :)
Then you'd be happy to know that Sarah Palin is also a descendent of Hopkins. :)
@Christopher, I should have known you'd be in the know. LOL! thanks. :)
@ Trestin, (and all) Sorry haven't been over at your palace lately. Just got back from southern Europe and I have severe jetlag. So I am a little out of it. :)