Work for An Idiot, Be An Idiot 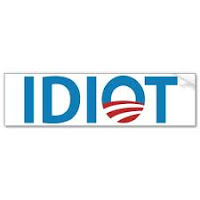 Republicans on a House oversight panel today sharply questioned whether the Obama administration was looking to inflate the number of "green" jobs by using a broad brush.

Rep. Darrell Issa, R-Calif., chairman of the House Oversight and Government Reform Committee, grilled officials from the departments of Energy and Labor during the hearing with the government's subsidization of the clean-energy sector, in the wake of a controversy over loans to a now-bankrupt solar firm.

"Three years and billions of taxpayer dollars later, the American people have received very little return on the president's signature investment," Issa said and suggesting officials were trying to pad the figures.
Labor Secretary Hilda Solis when grilled about this in the hearing pointed to a separate study claiming 2.7 million Americans are in "clean economy" positions.

"It's offensive," Rep. Connie Mack, R-Fla., as he raised his voice while questioning Solis.

Mack argued that just because a bus driver is driving a hybrid bus doesn't mean it's a green job.

"Yes it is," Solis countered.

OK, let’s stop there. Bus drivers have one purpose and that is to take people from one stop to the next stop that they intend to get off at. That is the job of the driver. Nothing more, nothing less. It’s just that plain and simple.

HOWEVER Solis and the BLS are working off a definition that the job of a bus driver is a green job because it "benefits the environment or conserve natural resources." And that "involves making their establishment's production processes more environmentally friendly."

That’s it NOT the driver responsibility!

When BLS Commissioner Keith Hall was questioned, his response was "Our green jobs include mass transit, so actually any bus service,"
"Oh, ok," a surprised Issa exclaimed. "So let me understand this. ... You're counting everyone that drives a bus as a green job."

Issa said that the bureau is relying on bad numbers. "If I put LEDs in my office, apparently my staff becomes a green staff,"

Some folks think Obama and his administration are intelligent, smart people and so goes those who work for them.

Does this sound intelligent?
Posted by Unknown at 2:10 PM

I heard they are also counting teenagers who mow lawns and painters using green paint...

LMAO! Are you serious? Guess I'll go in to business painting rooftops white, then. :)

"Stupid is as stupid does."