Yesterday the GOP got stronger with a move to stronger, younger conservatism by voting in a new GOP Chairman.
Out is Michael Steele. 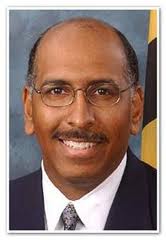 Steele departing comment:
"At this time, I will step aside for others to lead. But in so doing, I hope y'all appreciate the legacy we leave. Despite the noise -- because lord
know we had a lot of noise -- despite the difficulties, we won."

In is Reince Priebus. 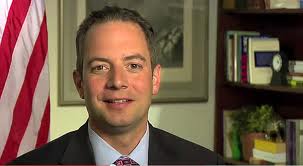 The Conservative Youth Movement is on!
From Real Clear Politics

OXON HILL, Md. -- Wisconsin Republican Party chair Reince Priebus ascended to the Republican National Committee chairmanship after seven rounds of voting by RNC members Friday.
One hundred sixty-eight committee members - a combination of state GOP party chairs and an RNC committeeman and committeewoman from each state - endured a long day of voting that ended in a passing of the torch from Michael Steele, who had two tumultuous years at the helm of the committee, to the youngest candidate, Priebus.

In a victory speech just after the vote was announced, Priebus noted that the GOP can now "move on to conservative candidates," a plank he stressed throughout his campaign.

Priebus had a more sweeping platform, arguing that the GOP needed to recognize that it has succeeded when it has promoted conservative candidates. He suggested at one debate that the party should hold its elected officials accountable to the party's tenets.

Former House Speaker Newt Gingrich acknowledged Priebus's work leading GOP candidates to victory in Wisconsin -- a major talking point for the new chairman, as the state has trended toward Democrats. Priebus helped to reverse that with the elections of Ron Johnson to the Senate and Scott Walker to the governor's chair.
Posted by Unknown at 10:37 AM