US Constitution and Obamacare 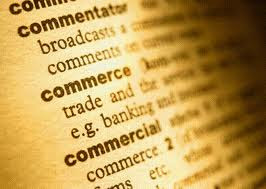 Judges hearing the 20 state suit against the Federal Government for the systematic take over of the healthcare industry and the Government mandate that ALL citizens must buy healthcare insurance or pay a fine should rule this an over reach by congress.
Let's take a look at Article 1 Section 8 of the US Constitution, better known as the Commerce  Clause.
Paragraph 1 states the following:

Now, the US Congress has the power to lay and collect taxes, duties, imposts and excises, so they can pay the dept and provide for the common defense and general welfare of the United States.
Agreed.
However according the Feds claim (now), that this is a tax, even though Obama said during the lead up to the vote on Obamacare it wasn't a tax, but a penalty, and by virtue of the Article 1 Section 8 they now have the power to levy this as a tax, even though the wording in the law states "penalty"
To back that, those in favor of the healthcare law state that the Feds rights to do so is based on the clause of providing for the common defense and general welfare.
However, read it again.
WHERE does it say provide for the common Defence and general Welfare of the 'PEOPLE' of the United States?
It doesn't, it says defense and general welfare of the United States... AKA The Nation.
Also the third paragraph states the following:

To regulate Commerce with foreign Nations, and among the several States, and with the Indian Tribes.

What is the definition of "Regulate"
By definition, Regulate means
"To adjust by rule, to direct by rule or restriction subject to governing principles or laws."
However, we all know now that this law will, over time, systematically eliminate the private sector insurance industry by virtue of what the Fed say is regulations.
And any respectable judge should rule that Congress does not have the power to take over any industry, but to set rules, or Regulate.
I whole heartily believe this will eventually be all struck down as an over reach by the Feds.
Posted by Unknown at 7:06 AM

The Democratic party is not for our individual rights as Americans. They are for the collective good and the collective rights of the country. They think they know better then we do on how to use our rights. I wish all these idiot socialist would just start a commune and live like that is they want. But5 they hold on to their money and make us live like socialist. I think we need to punish the unions and the Democratic party with a "not tax" when this is all over so we can pay off all the damage they have done.

The interesting part most are not saying about this case is that should the states prevail in this constutional question the ENTIRE health bill gets thrown out.

No need for repeal, it all goes away.

Most bills contain a 'severing clause' so in the future should it be necessary to remove a portion the remainder stays in place,the health bill recently passed and signed into law DOES NOT HAVE THIS CLAUSE.

In other word's; you take away just one brick and the entire house crumbles.

Hey Shrill said it herself: "We're going to take things away from you on behalf of the common good" at least 'the common good' as 'they' and 'only they' interpret it....

Good post as this thing will be overturned for those points, and Obama's 2 years on office deemed a total waste of gargantuan amounts of valuable time and money. It has to be, we can't even afford it in the first place.

In a sane world that would be 'end of discussion'.

I would say, Chris, we give the liberals/progressives California, put up a fence and they can call that home. Their own sovereign nation. And then strip "our nation" of the socialist laws they have passed. I wonder how Ape shit they will go once they are out of control after Nov?

Christopher, I did not know that this law didn't have the severing clause.
Thats Great News! Like a house of cards, once you take away any card the house falls completely.
Thanks for the info.
Interesting!

Ray, Shrill's going to have to pry it from my cold, dead hands, if they thing I am going to give up the fruits of my labor without a fight.
Now if we can just prove Obama wasn't born in the country, everything becomes nullified. Wouldn't that be sweet!!