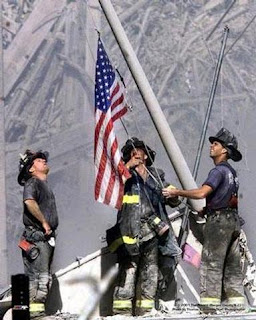 Here we have Speaker of the House backing the calls for an investigation on who is funding the NY Mosque opposition in this country.


"There is no question there is a concerted effort to make this a political issue by some. And I join those who have called for looking into how is this opposition to the mosque being funded," she said. "How is this being ginned up that here we are talking about Treasure Island, something we've been working on for decades, something of great interest to our community as we go forward to an election about the future of our country and two of the first three questions are about a zoning issue in New York City."

So is this to say that 70% of the American people should be investigated for their opposition on the location of the Mosque?

Is this an opinion of the American people?

Is this a call from our citizens to work out with the mosque leadership, to place it somewhere else besides 2 block from GZ?

And where is the investigation of the source of funding for the Masque?


APDP has done an intensive investigation in to who is responsible for the American peoples opposition. No need to go any further.

OMG! Those bastards!
Posted by Unknown at 11:38 AM

I just heard her say this. These libs are out of their minds and need to be put away when this is all over. These libs need a smack in the face and I'd like to be the one to do it.

Nancy Pelosi is a great American. One of the hardest workers we have in the House. I think she is awesome!

Chris, I don't see how they will survive as a party. They are clearly committing political suicide. Especially over this issue, which they clearly can't retort the majority of Americans feelings about this. And are at complete odds with them.

Yes, Sue I am sure you do feel that Pelosi is a great American. A Socialist American, that most people (approval rating at 11%) would like to see out of Congress. You're in the extreme minority.

Sue you are the fringe.

@ Sue
Thanks, Sue, I haven't had a good laugh in a while, you are so funny!

I'm calling Kaiser Pelosi and offering my services during this investigation.

Hopefully, I will get in front of the Congressional Committe and tell them all they need to know about grass root movements and why they oppose political insanity.