The other day, my wife and I met up with some good friends who were here from out of town. One, who  lives in New Jersey and the other a native Chicagoan and who served our country as a Marine, on which I thank him for his serve in keeping us free.

We went to Naperville IL and so we thought we would go to the River Walk there, and we just so happened upon this memorial of those who died on 9-11.
How ironic! Just days before Obama supports the building of the Mosque two blocks from Ground Zero and  Nancy Pelosi calls for the investigation of who is behind the opposition of the Cordoba Center.

This 9/11 memorial was erected in honor of Dan Shenower, a native Napervillian who died on 9/11 at the Pentagon. And to honor ALL who died that day.
Will Dan parents be investigated?... I'd like to see them try!

I had no idea, though, that the city had erected this a few miles from our home. 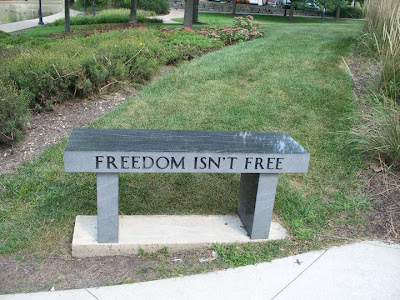 The Plaque to Honor Dan Shanower 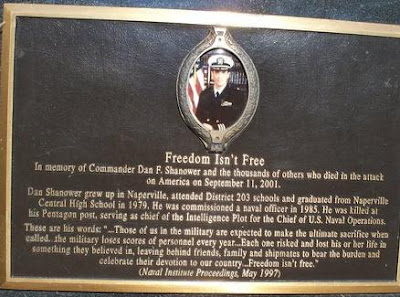 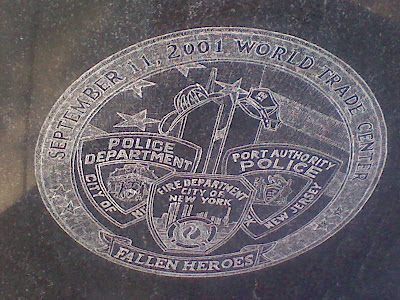 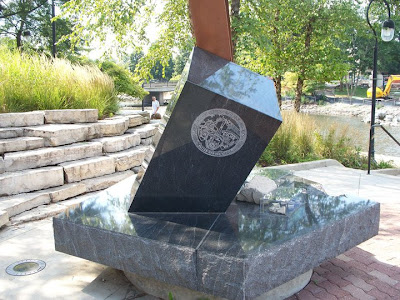 An I Beam from the World Trade Center 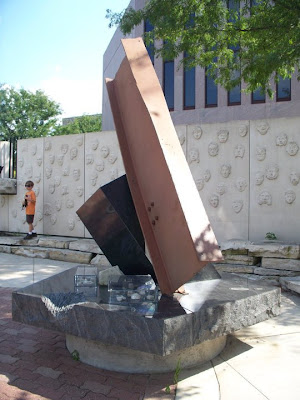 Granite to Honor the Heros of Flight 93 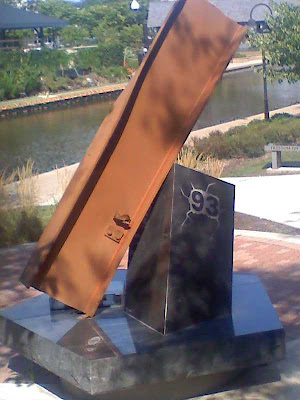 Fragment of the facade at the Pentagon 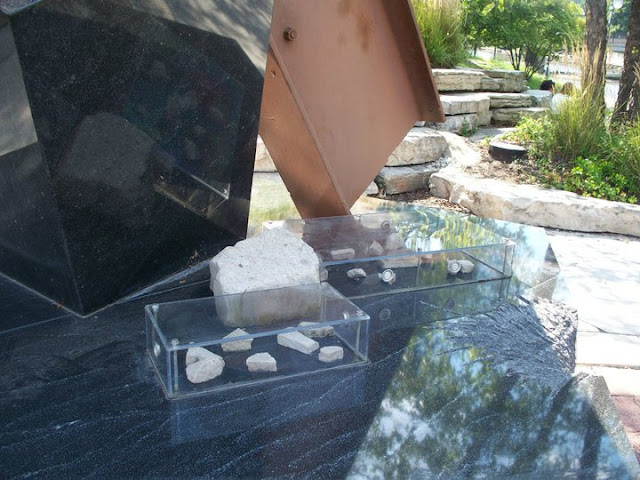 We Shall Never Forget!!! 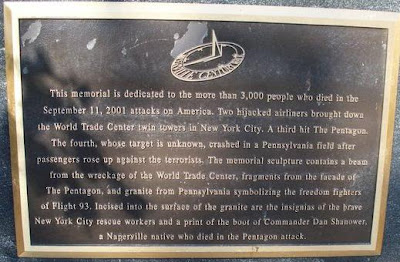 On Thursday, August 26, 2010 from 2:15 to 3:!5 PM, Admiral Michael G. Mullen, chairman of the U.S. Joint Chiefs of Staff and highest ranking military officer in the United States Armed Forces, will hold a public town hall meeting at Wayne State University to address the health care, educational, financial and training needs of returning veterans.

Hosted by the Detroit Regional Chamber, the Detroit Economic Club (DEC) and Wayne State University, the visit is part of Mullen’s “Conversations with the Country” tour focused on ways to help returning veterans and their families reintegrate into the community.

Admission is without charge but seats are limited and advanced reservations are requested. An electronic RSVP is available at

All we need is a Mosque to honor them huh? Sick..I read about that bench out there ;( I used to live in Jersey and NY, we could see the towers as they were being built right from our back yard in Upper Saddle River. :(

Thanks Joe, for the info. Admiral Mullen is a good man and I am sure it would be good to hear what he has to say.
And Yes I was quite impress with this memorial and nice to know that I can go there when ever I want and sit there to reflect and remember on why we are in this fight with our enemies of this nation. Every community need this to never forget... Why.

Thanks, Ray. I am heading there in a few weeks and will head down to GZ to pay my respects.

Must have been a sight to see being built.

I never got to see the towers in person and I hope some day they will be restored, as an American symbol and statement that THEY can never take our sprit and pride of country away from us. EVER!

Thats awesome and coincidental as well, I have family in Naperville,IL.

Do me a favor if you will, please when you visit my blog and I thank you for doing so, please contact me via email which can be found on my profile page as I cannot find one on your blog.

All is kept confidential, I just would like to communicate some things outside of the blogsphere.

It is nice to see you are branching out, stop by sometime to my site and give a shout won't you.

Christopher,
Yea, glad we have something like this in our neck of the woods. And what a small world that you have family here.

I sent you an email, check your in box.

Christopher CP i didn't realize your site allowed comments. I got it confused with another one that didn't. Sorry. I will stop by and bring the lefts view to it.

Yes it 'tis a small world and thank you for responding to my humble request.

I wish to convey once again all is kept confidential.

I have always allowed comments and have invited you more than once I might add.

The only things that are not allowed are ALL racist talk from either side of the isle and attacks on other commenters, reasonable discussion only.

One can disagree without being disagreeable.