Drones: Republicans Are Not The Only Ones Questioning 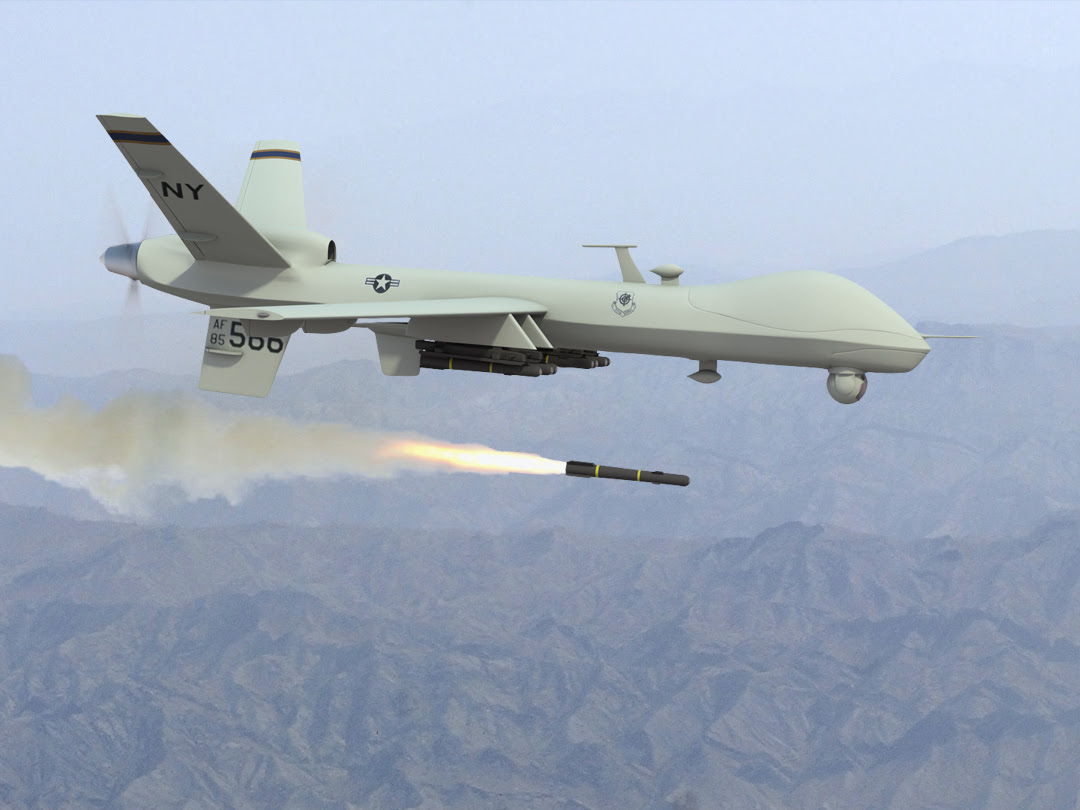 In a letter to Obama on Monday, eight House Democrats, led by Rep. Barbara Lee of California, hammers the administration for its “increasing devolution of accountability, transparency, and Constitutional protections in U.S. counterterrorism operations.”

I can't believe that I am saying this, but thank god for these Democrats having the courage to prove that concerns over the administration’s secretive drone strikes is not just a huge issue among civil libertarian Republicans like Paul.
The Democrats’ letter spells out concerns over five particular aspects of the drone program:

“An unbounded geographic scope; unidentified ‘high-level’ officials with authority to approve kill-lists; a vaguely defined definition of whether a capture is “feasible”; an overly broad definition of the phrase “imminent threat,” which re-defines the word in a way that strays significantly from its traditional and legal meaning; and the suggestion that killing American citizens and others would be legitimate “under the Authorization for Use of Military Force and the inherent right to self-defense.”

They go on to say that its a “dangerous precedent” with its recent behavior, and demanded that Obama release:

“in an unclassified form, the full legal basis of executive branch claims in the areas which are the subject of this letter. The Executive’s claims of authority need to be fully articulated to the whole Congress and the American people.”


Well thats a breath of fresh air, if I do HAVE to say so myself .

PS: Are you listening, Lindsay Gramm and John McCain?
Posted by Unknown at 11:06 AM

This drone program is NOT a good issue for the left and you will see more and more Democrats in 'purple' districts challenging Obama on this - FINALLY!

Technology, which has so many wonderful benefits, is going to enslave us.


Ray Bradbury, who wrote Fahrenheit 451, was a prophet!

AOW, I would tend to agree. It can also free us, if we are willing to use it that way.

I think that frame of mind is catching on. The pressure must be maintained by all of us to raise the flag of concern of just how far will the President go to control us.

this is a test

what the.........? Disqus ptui :-)
Okay....now that I got that off my chest! I can't believe BARBARA LEE and other LIBERAL DEMS are questioning their messiah! HOLY COW!
This is great news.