Yep, you read it right.
The very same spy drones used to hunt down the Taliban enemy in Pakistan, is now in full use in America. 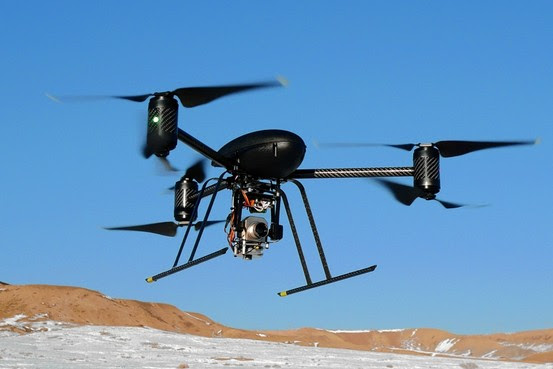 
World Net Daily editor and prominent Obama administration critic Joseph Farah revealed how his secluded property was buzzed by a spy drone – part of what Farah fears is a “war” being waged by the administration against its political adversaries.

“I’m taking my dog for a walk and guess what I see right over the tree line right above my head is a drone,” said Farah, adding that the drone was low in the sky and sounded like a lawnmower.
“I don’t live in the city, I don’t live in a populated area, I live in one of the most rural places you could possibly live in Northern Virginia and there could only be one thing that this drone was spying on and that would be me, that would be my property because there’s just nothing else around except woods and deer,” said Farah.

“The liberty lovers out there really have to stick together….or we’re going to hang together as our founders said,” warned Farah, expressing his concern that patriots who resist the increasing levels of control being asserted over their lives by big government would be “hunted down” by a re-elected Obama administration.

“Look – this is the first term – if he’s re-elected it’s going to be war – they will be at war – we will be hunted down like dogs, keep that in mind, that’s what the stakes are,” said Farah.


I couldn't agree more with the last statement.
It will get even uglier then this, I am afraid.

Now, I take Alex Jones with a grain of salt. But I will listen intently to Joesph Farah.

And Obama just issued an executive order giving him control of the internet in a crisis - crisis as defined by guess who!

He also issued a national state of emergency correspondence to the Speaker of the House.
The Speaker has ignored it.
You really have to wonder what is his next move!