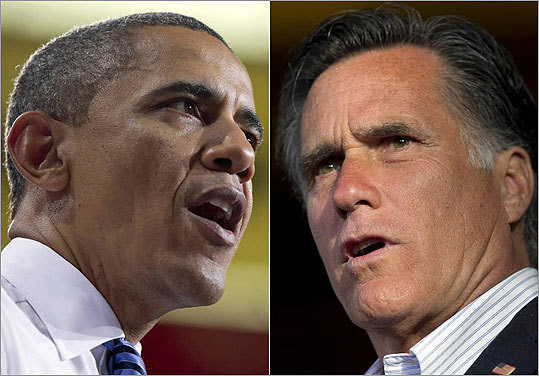 The Dems are once again ramping up their attacks on Romney's time at Bain Capital.

Their approach is to show that during Romney's time as the CEO, he shipped jobs overseas.

Especially during his last few years as 'technically' the head of the Capital investment group.

A Washington Post news article, published June 21, that reported that six companies that Bain invested in during Romney’s tenure at the firm were "pioneers" in the emerging trend of outsourcing U.S. jobs to foreign countries like India and China.

But Bain's current and former CEO have emphatically said their reliance of foreign call centers and packaging plants was solely to support existing foreign sales of U.S. exports.


FactCheck.org weighed in on the Obama's ads, declaring "we found no evidence to support the claim that Romney, while he was still running Bain Capital, shipped American jobs overseas."


Obama campaign press secretary Ben LaBolt said "Some of these jobs were shipped overseas after 1999. A refute sent to FactCheck.org by Obama’s deputy campaign manager, Stephanie Cutter, cited dozens of forms from 2001 and 2002 that listed Romney as the sole owner of Bain.

Bain Capital insisted that Romney never returned to the firm or did any substantive work for it, or for its "portfolio companies," after February 1999. Some of the 2001 documents cited in Cutter’s letter it clearly showed Romney listing his occupation with Bain as "former executive".

So why is the Obama campaign so insistent on this issue that Bain, under Romney supposed watch, shipped some jobs overseas.

Could it be the fact that it's to deflect away from Obama's record as president, when he still, to this day, has a net one million jobs loss under his presidency?

AND to one important fact that, under Obama private life career as a community organizer and visiting law and Government fellow at the University of Chicago Law School, (to which his time spent there was to write his book...), that he never employed ONE PERSON?

Obama should be concerned about his OWN jobs record!
Posted by Unknown at 4:19 PM