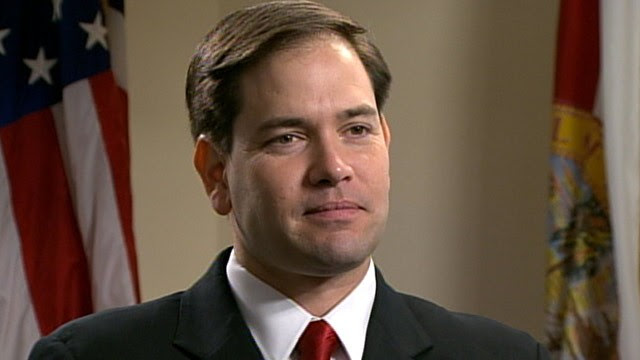 The Miami Herald has reported that Senator Marco Rubio, and his residence are under additional police protection after a "credible" threat was made against him.
Little is known at this time of the threat, but a police cruiser has been seen parked outside his West Miami home.


The MH picks it up from there.


U.S. Sen. Marco Rubio, R-Fla., is the target of a threat deemed credible enough to merit police protection in Washington, D.C., and at his home in West Miami, his office said late Tuesday.

Read more here: http://www.miamiherald.com/2012/04/24/2766391/threat-against-rubio-under-investigation.html#storylink=cpy#storylink=cpy
The fame has made him not just a magnet for support and criticism, but now the target of a threat.
Rubio’s office said no additional information about the threat would be released for now. The U.S. Capitol Police and the West Miami Police Department are providing security and investigating.
Neither agency could be reached for an official comment.
A police cruiser was parked in front of Rubio’s West Miami home Tuesday night. The senator was not home.

All of those nattering nannies in the press should demand and end to the hateful leftwing rhetoric emanating from Debbie Waffleman Schultz, the DNC and hateful bullhorn shouters like Michael Moore, Reverend Al Simpleton and Sean Pennishead...

I'd bet it is the NBP at this point being no information is forthcoming, God forbid the news of blacks threatening Hispanics gets in the headlines,,,,again.

be still my heart!

It sure does smell 'liberal/progressive' to me. Most likely Occupiers and/or NBP.

No up date thus far that I can find, but will be watching for them.