The Effects of Irresponsible News Reporting


I'll let My Fox News in Chicago pick it up from here. 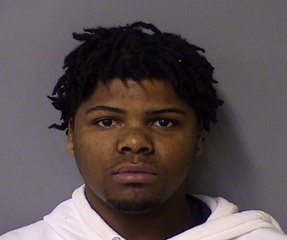 Alton L. Hayes III, a west suburban man charged with a hate crime, told police he was so upset about the Trayvon Martin case in Florida that he beat up a white man early Tuesday.
Hayes and a 15-year-old Chicago boy walked up behind the 19-year-old man victim and pinned his arms to his side, police said. Hayes, 18, then picked up a large tree branch, pointed it at the man and said, “Empty your pockets, white boy.”
The two allegedly rifled through the victim’s pockets, then threw him to the ground and punched him “numerous times” in the head and back before running away, police said. Hayes and another boy are black; the victim is white.
After being arrested, Hayes told police he was upset by the Trayvon Martin case and beat the man up because he was white, Cook County State’s Attorney’s office spokeswoman Tandra Simonton said, citing court records.

Now will the Eric Holder Justice system ignore this? Or even have the charges dropped? We'll wait and see!!!

I have to disagree with your premise according to my thinking process.

I understand your point to a degree but if one were to follow it to its nth degree then well we would not have to deal this POTUS at all now would we?

What is transpiring(and here is where I agree) does have to do with irresponsible reporting as you state but I believe it has more to do with the actual dumbing-down of Americans.

You and I are educated, the amount or degrees be dammed as it is irrelevant, but nonetheless educated based in reality whereas the individuals you speak of are not.

The end result changes not but I will argue that the lack of education and critical thinking is our main enemy in our attempt to restore our Republic as founded.

Dang! I thought only whites could commit hate crimes!

I agree with Christopher that it is also the dumbing down of America, but an irresponsible press is a prime culprit.

I would agree that the dumbing down of America is the drilled down, bottom line.
But you're only educated by what you've learned. In this case, via the media, these guys were under the idea the attack on Martin was made by a 'white' guy and that he used a racial slur, plus racially profiled, hunted him down like a dog, blah, blah, blah.
I am sure these clowns have only access to broadcast media and don't read much info about the Zimmerman/Martin case that we can see on the net.

"But you're only educated by what you've learned"

Valid point to be sure but would add that real education teaches us to research (I know you know that Mark, just stating it) and that critical instruction is entirely missing in todays educational system. Actually it has been missing for at least three decades (30 years for those in Rio Linda).

You and I and others of our advanced age benefit from taking nothing at face value and researching it before reaching a conclusion.

This lack of instruction to research I believe is by design as is the MSM in the same vein and we have an uphill battle to reverse this course.