Israel Vs Hamas- What The News Brings You

This picture and video footage will prove that some of the images you see, and will see, on your TV screen is a ruse, faked, staged all for you, so as to become sympathetic to the Palestinian plight when they are caught up in between battles by Hamas and Israel.

This is what happens when the BBC News turns up at the scene of an airstrike in Gaza and there aren't enough Palestinian dead and injured to produce news worthy footage that can be used against Israel in the international spotlight! 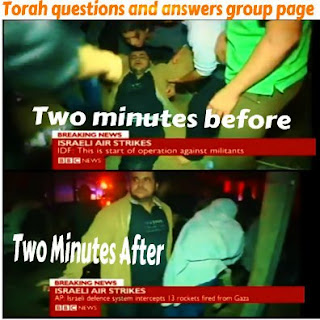 Think this is photoshopped, or something?