Our Sovereignty, Our Diplomats, Our Nation 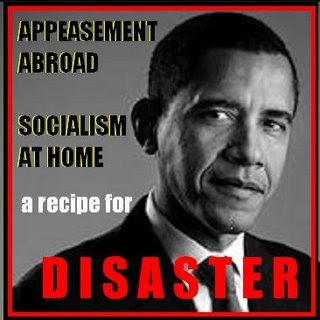 As I am sure you know by now, our Embassy in Cairo Egypt fell under attack yesterday, on the 11th anniversary of the 9-11 attacks on our nation.


Reports out now say that the Muslim Brotherhood knew this attack was planned and they did NOTHING to prevent it.


This was an attack on our sovereign territory. And act of war.


Just like under the Carter Administration, when then our embassy in Iran came under attack and was seized, we are repeating similar history today, as the pukes in Cairo breech our embassy walls, tore down our flag, burned it, and in it’s place, an al-Qaida flag was erected.


In July, the Obama administration gave $1.3B of aid to Egypt’s Muslim Brotherhood government, and this is the THANKS we get???


In 2009 Obama, gave his now known apology tour with one of his first stops, where else, Cairo!


Back then, Robert Gibbs said the President has “Changed the image of America around the world.”


He sure has, especially in the Muslim world, as he is being perceived as a weak American President.


In an overnight development, our Ambassador to Libya, J. Christopher Stevens was among four embassy staffers killed in rocket attack in that country by what it now appears to be an al-Qaida driven attack.


In March of 2011, the US Navy and NATO forces attacked Moammar Gadhafi Military to help Libyan Citizens bring him down.
Meanwhile, back then, in America we were asking “Who are these Libyan Rebels anyways?”
Without getting congressional approval, Obama order our Navy  to take part in the attacks.


In September of that year, President Obama stated the US and NATO allies will continue to help Libya forge a democracy after the fall of Gadhafi.
Guess Obama forgot about it, since he has been too busy working the teleprompters across America to get re-elected.


This whole Arab Spring, a road to democracy the left had been bellowing about, as come to bite Obama in the ass, as we have endured another attack on our land and now a government official has been killed.


ALL IN THE NAME OF APPEASEMENT, UNDERTANDING AND COOPERTION?

It's funny (odd, not humorous) that people bend over backwards to slam Christianity, and yet, Christians don't riot, destroy property, or kill people. Yet, let someone express free speech about Mohammed and it's OK for Muslims to go crazy like rabid dogs.

If they cannot learn to control themselves and respect the free speech of others, then they have no place in modern society, and certainly no place in the US.

This whole thing is a ruse.
Word out now it that the guards at the Cairo Embassy did not have live ammunition.
It is also known that the state dept. knew about this plan, both in Cairo and Libya.
And the video was just a smoke screen.
Washington Times reports (have not been confirmed, yet) that the Ambassador was sodomized and then was left for dead.
If this holds true, isn’t that a HUGE no/no in Islam?

One day, god might come to judge us all, and I am sure these retched F*%$ will be the first to go.