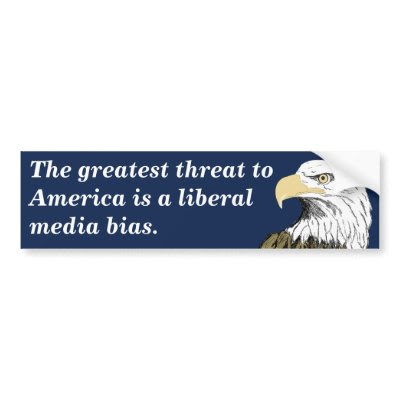 Brent Bozell and two dozen other conservative activist and media personalities have called on the public to tune out the likes of CBS, NBC, ABC and CNN and have called on them to stop the bias media coverage on Romney and start covering Obama's serious lack of leadership as our president.

This election year, so much of the broadcast networks, their cable counterparts, and the major establishment print media are out of control with a deliberate and unmistakable leftist agenda. To put it bluntly: you are rigging this election and taking sides in order to pre-determine the outcome. In the quarter century since the Media Research Center was established to document liberal media bias, there has never been a more brazen and complete attempt by the liberal so-called “news” media to decide the outcome of an election.

A free and balanced media are crucial to the health of this country. It is your duty as journalists – as outlined in the Society of Professional Journalists’ Code of Ethics – to “distinguish between advocacy and news reporting,” while simultaneously “seeking truth and providing a fair and comprehensive account of events and issues.”

There is a reason why the media are viewed with such disdain by the American public, as evidenced by every recent poll on the issue.

You have breached the public trust by willfully turning a blind eye to the government’s public policy failures, both domestic and foreign, while openly and shamefully smearing Gov. Mitt Romney. You are:

• Painting conservative ideas as extreme, while refusing to report the disastrous consequences of liberal programs enacted since 2008.

• Submerging the truly horrendous economic conditions America is facing and focusing only on minor political issues.

• Characterizing conservatives as cruel budget “slashers” instead of responsible officials trying to avoid a debt catastrophe.

• Focusing on alleged shortcomings in Romney’s business record instead of Obama’s record as the chief executive, whose policies contributed to a failed economy.

• Deliberately covering up embarrassing government failures and scandals, including the Solyndra debacle, Fast & Furious, and national security leaks which have put American lives in jeopardy.

• Pouncing on real and perceived missteps by conservatives, portraying them as bumbling incompetents, while suppressing embarrassing and incendiary remarks made by Vice President Joe Biden to prevent him from becoming a liability.

• Portraying conservative opposition to tax hikes as an impediment to deficit reduction while failing to highlight how liberal tax increase policies will cause massive damage to the economy and cause the deficit to explode.

• “Fact-checking” conservatives in order to discredit their arguments while regularly refusing to "fact-check" liberals who are distorting the truth.

We the undersigned – representing millions of Americans from our respective organizations – are now publicly urging our members to seek out alternative sources of political news in order to make an intelligent, well-informed decision on November 6.

It is time the American people turn you who are offending off, once and for all. You have betrayed their trust.