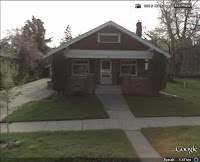 America needs to wage war on ReclaimDemocracy.Org
Posted by Unknown at 8:56 PM