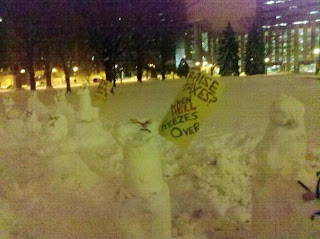 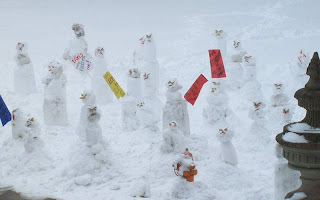 Well you got to give them a great big hand, braving the cold to challenge their elected officials.
Good JOB!!!
Posted by Unknown at 6:32 PM

Good point, Chris. I have this image in my mind that when they are elected to a government position and you are sworn in, they are handed a nose ring to be worn at all time during their term, so they don't wander to much in to public opinion and stay with in the 'government boundaries'.
Sad!