Now that the 2011 Budget has be 'negotiated', who won and who lost this battle?

As I see it, the American people lost the most.
The Pledge to America to cut $100B for this years budget alone was not achieved, only 38% of it did.

The leadership in the House of Representative caved and caved big time.
HR1 was originally to seek spending cuts of $32 billion until Tea Party conservatives insisted on no less than $100 billion in the pledge.
House Speaker John Boehner won more cuts than he originally sought in HR1 and got the Senate to agree to votes to defund the health care reform law, however over $100B had already been appropriated for Obamacare.
Groups like the nation's largest abortion provider Planned Parenthood got some $ axed.


And back on February 3, Reid called $32 billion in cuts "extreme" and "draconian."
At a news conference New York Sen. Chuck Schumer, D-N.Y., agreed, "I happen to think some of their cuts are extreme and go overboard. But every week they keep upping the ante and proposing extreme cuts."
You see, Democrats don't see our budget deficit a real problem... But we already knew that.


Boehner made adjustments to his offer in recent days too, but started at $32 billion, EVEN THOUGH in the pledge to America it was $100B, but then with Tea Party approval, it went to $62 billion, but Boehner then dropped to $40 billion, then finally $38.5 billion.

As I see it Boehner caved to Dems and they didn't even meet him half way.
All for some kind of fear that a shutdown would be blamed on the Republicans.
That's nonsense!
There for I am calling for Boehner to step down, as most Americans should too.

And for the House majority to seat Michele Bachmann in his place! 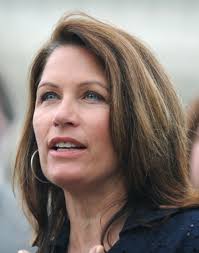 The only people that have the kahonies to do what needs to be done in this country is the Tea Party and The Tea Party candidates that were elected last Novemeber.

2012 is going to result in VOTING the rest of the crooks, both Repub and Dem, out of office!