Now you would think that the President of the United States, Barak Obama, after getting an ear full from his detractors, you know the American Public, over his first 12 months focus on heath care would focus on his next priority, that being JOBS, right?

The White House meeting also brings together five Democratic senators who chair committees with oversight of various aspects of a climate change and energy bill, along with the senior Republicans on some of those panels.

Also invited were some senators who have not yet voiced support for a climate change bill this year but might be persuaded to vote for one if it addresses their concerns.

Democratic Senator John Rockefeller and Republican Senator Lisa Murkowski likely will want to discuss their bills to slow down or prohibit the EPA from regulating greenhouse gases. But my guess would be those are not important to Obama, you know like jobs!

Heathcare legislation, if passed, would again start the shedding of more jobs by the private sector.

Cap & Trade would do much more damage. Even when Global Warming has become exposed, for what it is, over the last 4 months, a SCAM.

Is Obama trying to collapse the economy even more and drive unemployment up, because that is what is going to happen with his next priority. 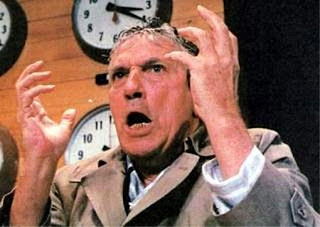