President Barack Obama in his state of the Union Speech last night urged Republicans to get "off the sidelines" and help fix health care.
Well Mr. President WE HAVE BEEN but we have been brushed aside. So either let us in the door or will lock you OUT in Nov 2010.
And he insisting that voters and politicians needed to "start thinking of each other as Americans first."
THERE are Americans who want our country to be free from Government interference. Who believe in the founding father ideals.
THEN there are Americans who want the Government to run everything and control all aspects of American life. Those are ideals of Karl Marx. 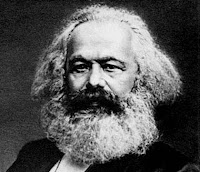 Until those Karl Marx want-a-be's are banished from OUR nation, I for one will never consider them "Americans"
YOU, Mr. President need to know what it means to be an American.

Case in point:
Obama used his State of the Union speech Wednesday to push nervous Democrats to forge ahead on health care, "despite voters' opposition. There you have it, people challenging their elected officials- Americans.
But this President wants Congress to forget about the majority of Americans and their out right refusal to except it.
Obama said about Scott Browns win in Massachusetts last week "we still have the largest majority in decades, and the people expect us to solve some problems, not run for the hills."
This President is totally out of touch with the majority of Americans.
Massachusetts gave him a shot across the bow... he continues to march on to "social" justice.
Another Case in point:
Referring to the Healthcare bill "I will not walk away from these Americans (who don't have it), and neither should the people in this chamber."
So, now his vision of America is that MINORITY rules?
Is that how you felt about South Africa and Apartheid, Mr President? Bet not!!
And in "America", MAJORITY RULES.

Without naming George W. Bush, he pointedly noted that the previous administration left him a big deficit and a deeply troubled economy.
And so did those who he was speaking to last night IN THAT CHAMBER. But did the President mention them and hold up a mirror to himself to scold OBAMA? NO, but he was a part of it too.

This next sentence is from the AP... 'Obama rebuked the Supreme Court for a recent decision that "reversed a century of law to open the floodgates for special interests" and foreign corporations to make unlimited campaign contributions.
Now, the AP needs to retract that statement as it is utterly FALSE. A complete BALDFACE LIE.
The Supreme Court did NO such thing, it upheld the law to limit campaign contribution but struck down the law on a matter of free speech for Corporate funding of ads supporting a candidate.
AND with that, Supreme Court Justice Samuel Alito made a dismissive face, shook his head in disagreement and seemed to mouth the words "not true." to what Obama told Congress and the American people.
So, a Supreme Court Judge and I agree. "NOT TRUE"
It's called freedom of speech.....
But THIS President "rebukes" it?
Be an American Mr. President.... First Amendment Lesson- Freedom of Speech is a constitutional right, mandated by our founding fathers.
AMERICANS!!!!!!!